Some argue the vaccine needs to be modified to target specific variants before considering a second booster shot.
KGO
By Luz Pena 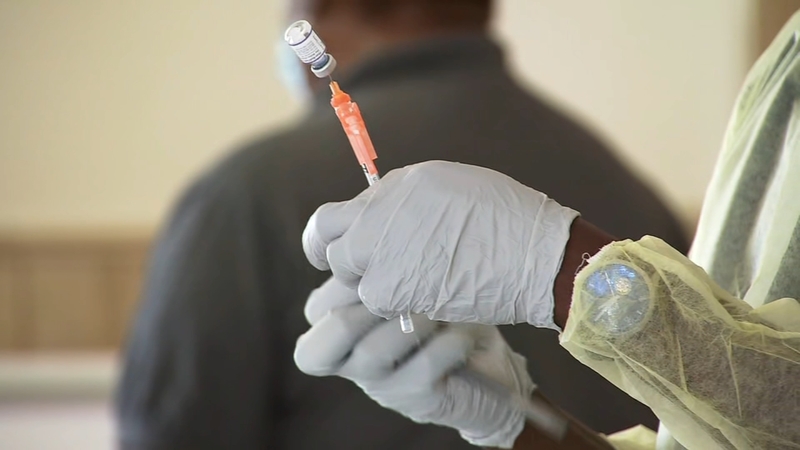 Many doctors disagree with Moderna about need for 2nd booster

SAN FRANCISCO (KGO) -- Moderna announced people may need a second booster to increase protection. But is a fourth shot the right approach?

As omicron cases spike throughout California, The Bay Area has the highest population with boosters in the state with 55 percent. But according to experts that protection won't last long.

Based on this new data from the UK, Moderna is pushing for a second booster.

According to Moderna's CEO, the efficacy of boosters will likely decline over time. The company is projecting the need for a second booster by the fall.

Dr. Greene, virologist and senior investigator at the Gladstone Institutes doesn't agree with Moderna's push for a second booster.

"We shouldn't be chasing our tail trying to prevent them from becoming infected, with the exception of people who are at high risk, people who are immune compromised," said Dr. Greene.

A UCSF doctor says if we had a two-month waiting period in between the first two doses of Pfizer and Moderna we may be in a little better place.

For the rest of the population he recommends, two vaccine doses, one booster and Pfizer's Paxlovid pill when infected.

"For example, you develop symptoms and you rapidly get tested, ideally within the first three days, and you go on Paxlovid. That will keep you also out of the hospital," said Dr. Greene.

"I think it's hard to have a CEO dictate our policy and companies who stand and make money for it," said Dr. Gandhi.

Dr. Gandhi is hesitant of the effects a second booster could have right now.

Both experts believe there will be variant-specific vaccines.

"But if we boost, let's boost with a better vaccine. Not the one against the original strain of the virus that emerged. Redesign the vaccine so that it is delta, omicron so that we can deal with the viruses that are in circulation now. So, to use the old vaccine to me, to buy a few weeks of protection, I'm just not all in for sure," said Dr. Greene.

Dr. Gandhi doesn't rule out the possibility of more boosters in the future, but not immediately.

"Hopefully this will be it and then we'll boost again in the future kind of based on, as immunity goes down. We may give another shot in five years, or another shot in 10 years. These are the decisions that will be made based on the protection from severe disease, not mild infection," explained Dr. Gandhi and added, "This isn't the virus that has two spike proteins like influenza does. It is the type of virus that is around, there is no doubt. But hopefully it's not going to keep on changing so much."

Dr. Gandhi believes we need to focus our efforts on a global vaccination plan.