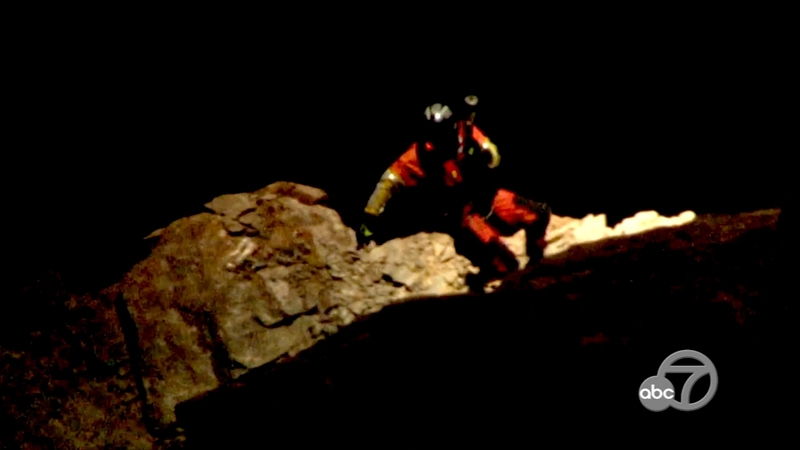 MUIR BEACH, Calif. -- Three people stranded on the face of a cliff near Muir Beach on Saturday night were hoisted to safety by a U.S. Coast Guard helicopter, authorities said.

The U.S. Coast Guard and Southern Marin Fire Protection District responded about 8:15 p.m. to reports of people stranded on the cliff.

The Coast Guard posted video on Twitter of an MH-65 Dolphin helicopter crew pulling up three people from the cliff about 9 p.m. Another two people with the group managed to climb up to the top by themselves, the fire district said.
No injuries were reported.

"Cliff operations are inherently risky for both ground parties and air crew, and are significantly higher risk during nighttime," said Lt. Cmdr. Eric Schwartz, Air Station San Francisco Dolphin aircraft commander. "We were glad the conditions allowed us to save three lives alongside our partner agencies."

ABC7 talked to one of the young men who was rescued, and he said it was one of the stupidest things he's ever done.

"There was a point where it was just probably a 50-degree angle loose shale, and I grabbed a rock, and I just came down, I was falling, I was falling on that cliffside," said Leo Grossman.

The Southern Marin fire district cautions hikers to stay away from the edge of cliffs and pay attention to warning signs.

The Coast Guard says cliff operations are risky, and they're glad the conditions last night allowed them to save lives.