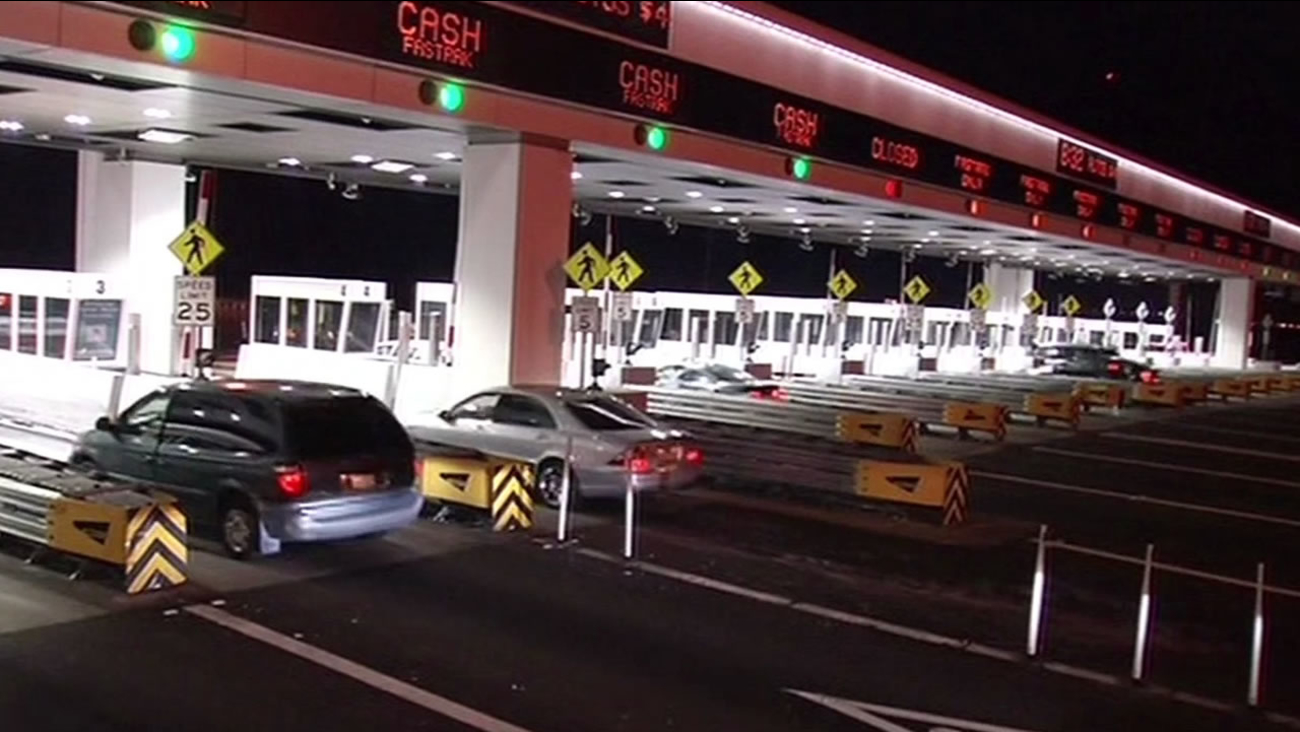 OAKLAND, Calif. (KGO) -- Toll takers at the Bay Bridge and the six other state-owned bridges in the Bay Area could become a thing of the past. There's talk of going to all electronic tolling, just like what we have now on the Golden Gate Bridge.

Reducing the number of toll takers has certainly been the trend. On Wednesday, transportation officials will decide whether to pay for a study that looks into getting rid of toll takers entirely.

After rush hour and cars can move along just fine through the Bay Bridge toll plaza, but during any other time, especially on the weekends, people will tell you the traffic is always bad.

The people who manage the seven state-owned Bay Area toll bridges are now looking at all-electronic tolling as an option, which would mean no more toll takers, at least for part of the day. Cameras would take pictures of people's license plates so those without transponders would get a bill in the mail.

"Paying cash at the toll plazas, it slows down traffic for everybody. It creates congestion. What we want to do is make the whole system work so it makes sense for everybody," Randy Rentschler from the Metropolitan Transportation Commission said.

Eliminating toll takers would also be cheaper, a savings of eight cents per transaction. Still, there's some concern. A 7 On Your Side investigation found that ever since the Golden Gate Bridge implemented all-electronic tolling two years ago, people have been complaining about getting fined for toll evasion before ever getting a bill.

The problem was so bad, it prompted attorney Adam Gutride to file a class action lawsuit. He told ABC7 News, "If the same flawed system on all the bridges that they're now using on the Golden Gate Bridge, my firm is going to have a lot more clients."

Yet despite the potential problems, many motorists are open to the idea. One driver we spoke to said, "If it makes things more efficient, I'm all for it."