SAN BERNARDINO, Calif. (KGO) -- Thousands of employees of San Bernardino County began returning to work Monday, five days after a county restaurant inspector and his wife opened fire on a gathering of his co-workers, killing 14 people and injuring 21.

The reopening of much of the government's offices signals an effort to return to normalcy for a community that has been in shock and mourning since the killings Wednesday. "To honor them, to express our gratitude for their unimaginable sacrifice, we have to fight to maintain that ordinary," San Bernardino County Supervisor Janice Rutherford said Monday of the victims. "We can't be afraid of our lives, of our community, of our neighbors, of our co-workers."

County leaders emphasized healing, while trauma surgeons mourned for those they could not help. "What really bothers me most is that none of the 14 who perished had a chance," Dev Gnanadev, M.D., said.

Doctors said the remaining patients are in stable condition.

READ MORE: FBI: Killers had been radicalized 'for quite some time'

The Board of Supervisors said at a news conference that all facilities would have increased security, including armed sheriff's patrols, and they are looking at additional permanent safeguards. Counseling centers and a hotline are open, and managers have been asked to look for signs of distress in their employees.

On Sunday, during his first Oval Office address in five years, President Obama called the rampage an act of terrorism committed by a radicalized couple. "I know that after so much war, many Americans are asking whether we are confronted by a cancer that has no immediate cure. Well, here's what I want you to know: The threat from terrorism is real, but we will overcome it. We will destroy ISIL and any other organization that tries to harm us," he said.

ABC News exclusively obtained a photo of Tashfeen Malik and Syed Farook they passed through customs at O'Hare International Airport in July of 2014. Obama asked US Congress to strengthen screening for anyone who comes to America without a visa and to limit assault weapon sales like the guns used in the attack. "What we can do and must do is make it harder for them to kill," he said.

Public Health Director Trudy Raymundo, who attended the holiday luncheon where Malik and Farook attacked, thanked law enforcement who guided workers to safety and shielded them from harm. She also expressed gratitude for the outpouring of support worldwide. "Today I want to ask the community to mourn with us," she said. "I ask that you come together and hold each other strong because it is the strength that will help us heal."

Following the attack, the county shut down except for essential services, with many of its 20,000 employees staying home, said Felisa Cardona, a county spokeswoman. While most employees went back to work Monday, those at the Environmental Health Services division, where Farook and many of the victims worked, will be off at least one more week, she said.

Investigators were looking into what led Malik and Farook to attack Farook's co-workers. The couple were killed in a furious shootout with police hours later. 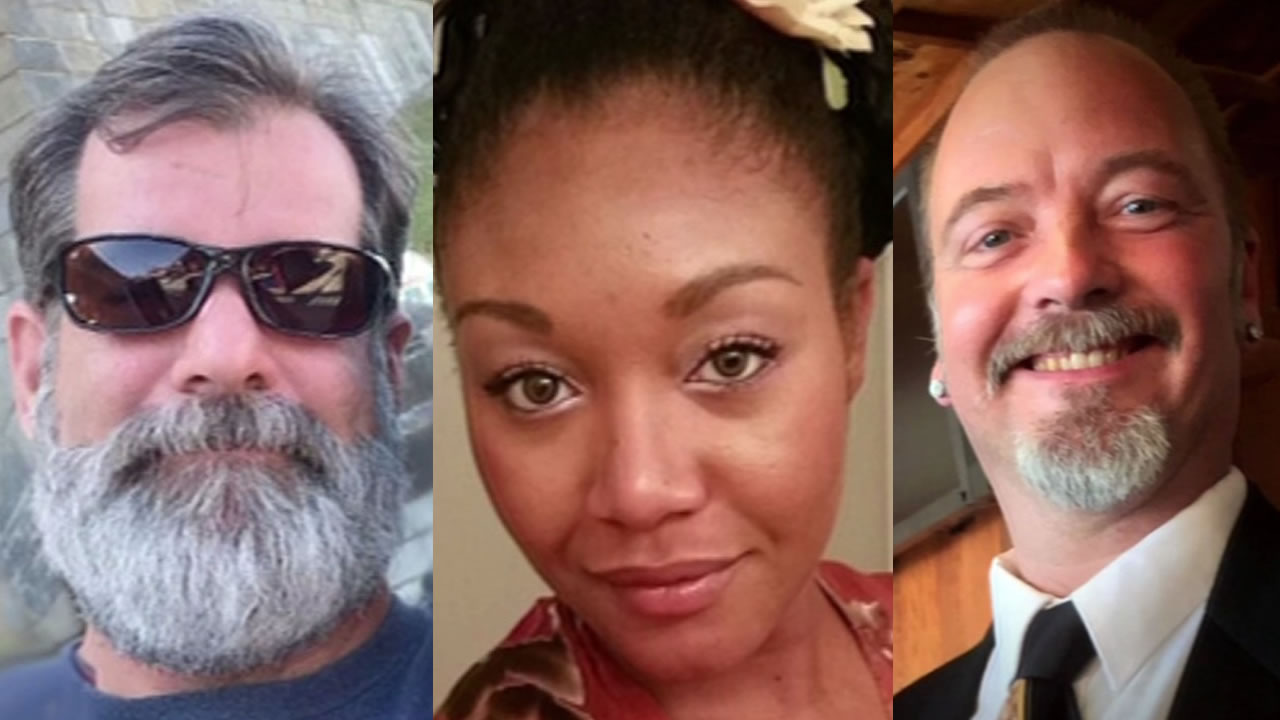 Pakistani intelligence officials said Malik attended a religious school while living in Pakistan. The officials, who spoke on condition of anonymity under regulations, identified the school Monday as the Al-Huda International Seminary. Its founder has been criticized for promoting a conservative strain of Islam but the school has no known links to extremists.


Pakistani police and intelligence agents have searched the house where she lived in the city of Multan, seizing documents, family photo albums and a laptop belonging to Malik's sister, Shahida, said Shabana Saif, a counterterrorism official.

On Sunday, San Bernardino residents gathered at a church, a mosque, a makeshift street-corner memorial and other sites to mourn the victims and call for the community to unite in mourning and not be divided by the disclosure that the killers were a religious Muslim couple.

Scores of mourners visited a growing memorial on a corner near the social service center where the shooting took place. There were American flags, a poster that read "Pray for the world," balloons, candles and cards.

At the St. Catherine of Siena Catholic Church, the service focused on the need to get beyond the anger. Many parishioners said they would reach deep into their faith to find some way to forgive.

More than 100 people gathered for an interfaith memorial service at a mosque where Farook had occasionally prayed. Silver-framed photos of the victims were placed on a table at the Islamic Community Center of Redlands, with a candle lit for each.

Muslim community members said they are feeling both grief over the loss and fear of a backlash against their community. They encouraged community members to come together and not live in fear. "It is really sad that we meet because of this. It is sad that only in death are we able to celebrate humanity," 30-year-old mosque member Ajarat Bada said, fighting back tears.