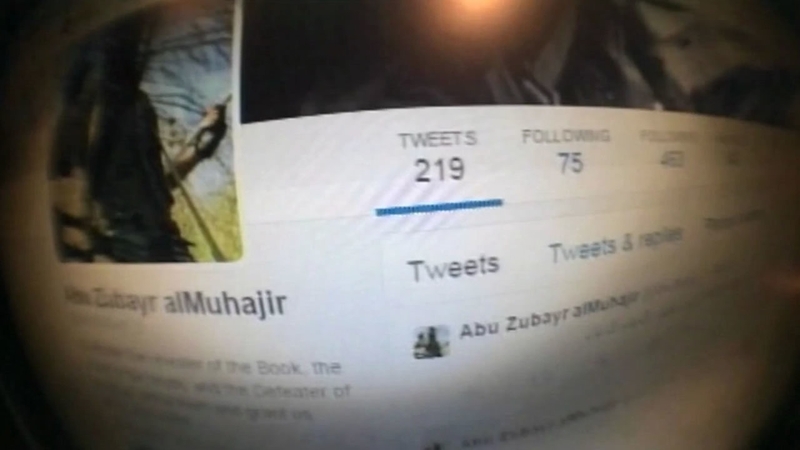 ABC7 News spoke with a terror expert who's been watching those groups online.

Investigators are still combing through physical and digital evidence. "We hope to get toward their intent with some of the data exploitation of the digital media," said David Bowdich, assistant director of the FBI's Los Angeles office.

"How and by whom and where were they radicalized, maybe there's not a by whom, remember often times it's on the Internet."

And this is not only the so-called "dark" Internet. Terror groups are using the same social media websites we use every day.

Smyth showed ABC7 News Facebook pages used by Shia Militias, easily found by those who go looking for them.

These are a first point of contact. Often, the second is a phone number, sometimes hidden in a photograph.

"It makes it harder for people to track it," Smyth said. "It's a wonderful tactic to use because well I can't go through absolutely every single picture that's uploaded on Facebook."

Other phone numbers are displayed inside videos on the page, all making them tougher to find and remove.

But added to that, they rely on the community to "flag" that content and have a global team that responds to those reports around the clock.

"Facebook has actually been very good about taking down a lot of those pages," Smyth said.

At least, Smyth says, when it comes to ISIS.

"I can eventually get sucked into their Twittersphere, and they might have somebody who will regularly communicate with me, start vetting me, start testing my religious knowledge," he said.

For all the talk we've heard of encryption, Smyth says the recruiters can often hide in plain view.

"How many people are really going to check for an IS supporter account that let's say looks like it's advertising insulin or something?" Smyth asked.

It all serves to gain them a wider audience. Twitter has some 320 million users and Facebook has 1.5 billion.