There were no shortage of A's fans at the UCSF Benioff Children's Hospital Oakland.

OAKLAND, Calif. (KGO) -- There were no shortage of A's fans at the UCSF Benioff Children's Hospital Oakland Friday. And since most of the young patients aren't able to make it to the ballpark for the teams exciting playoff run this year, the team came to them.

Aspiring catcher Dilan Horwitz had one word for it: "Amazing!"

Players like pitcher Sean Manaea and Blake Treinen managed to mix in some major league coloring time, between signing autographs.

"I really just think I'm just a kid in a grown person's body. So I just try to act like how I would and it's pretty kid-like," said Manaea.

The players were at Children's to help raise awareness for Major League Baseball's Childhood Cancer Awareness Day at ballparks around the country Saturday. They were also helping to hand out special hospital gowns from the Starlight Children's Foundation that look like baseball jerseys.

"Every kids gets a gown. It's designed to be given to kids in the hospital, unlike normal hospital gowns, it ties on the side," explains Starlight Marketing VP Christopher de Haan.

For many of the kids, fighting diseases like cancer takes all their attention and energy. And caregivers believe a visit like Friday, can recharge their spirits.

"And having these larger-than-life athletes come in and get on your level and make you feel respected and heard and important, I can't tell you what this does for our patients," says Divna Wheelright of Children's.

A's infielder Jed Lowrie drew from his own experience to make the connection.

"I've got two young kids you know, and that makes it a little easier. I feel like I know the shows they're watching and at least have something to talk about and hopefully, just bring some smiles," said Lowrie.

And if smiles were the measurement, the day was definitely a home run.

For more stories, photos, and video on the Oakland Athletics, visit this page. 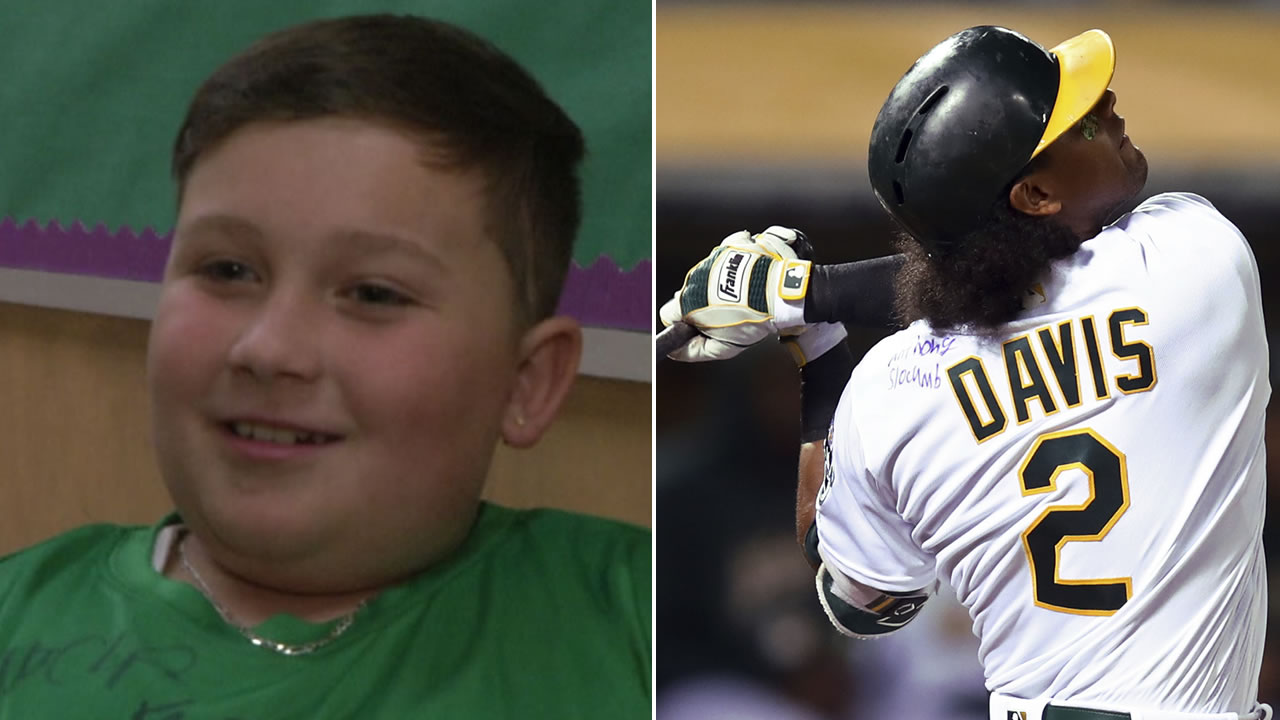 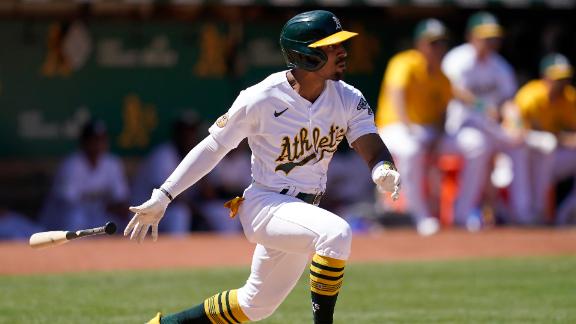