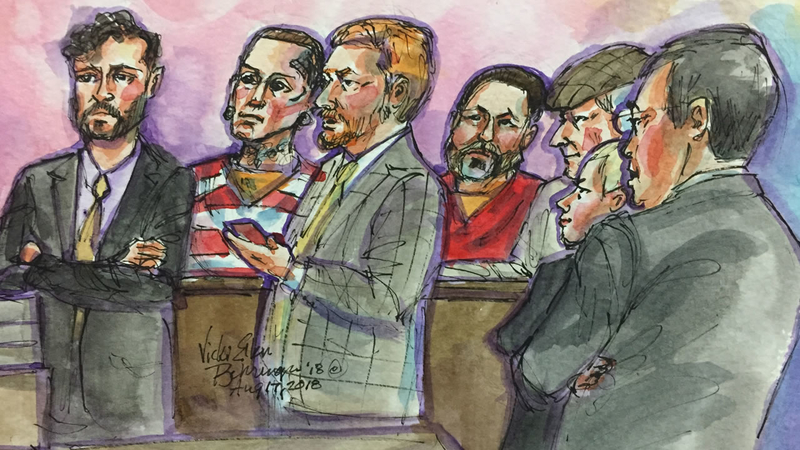 OAKLAND, Calif. (KGO) -- It now appears the trial of the two men facing criminal charges in the deaths of 36 people in an Oakland warehouse known as the Ghost Ship is on track to begin in early 2019.

"We are going to have a jury trial, both defendants early next year," said Tony Serra, the attorney for Ghost Ship founder Derick Almena, who along with Max Harris faces 36 counts of involuntary manslaughter.

Plea deals for both Harris and Almena were thrown out last week by Judge James Cramer, who felt that Almena in particular did not show enough remorse for the December 2016 fire. At a brief hearing Friday morning, Cramer set a Nov. 2 date for Serra to file a change of venue motion.

Serra wants the trial moved out of Alameda County.

"Potential jurors in Alameda County for the most part have absorbed all of the assassination of character attributes manifested in the press about my client," said Serra.

Max Harris' attorneys will try to have his case separated from that of Almena, the primary tenant and founder of the Ghost Ship artists' collective.

Both men currently face the same charges, including 36 counts of involuntary manslaughter for the December 2016 fire. His attorney says much of Harris' defense will involve diverting blame to the owner of the warehouse and the city of Oakland.

"Now we have the opportunity to show that he's innocent," said Harris' attorney Curtis Briggs. "I think that Nancy O'Malley should try this case personally since its the biggest murder case in the history of Alameda Co. I think she should stake her entire political career on the outcome of this case."

Serra says he's not worried about the public statements made by his client, including in this week's exclusive jailhouse interview with ABC7 News.

"My client speaks the truth. My client has shown remorse," said Serra.