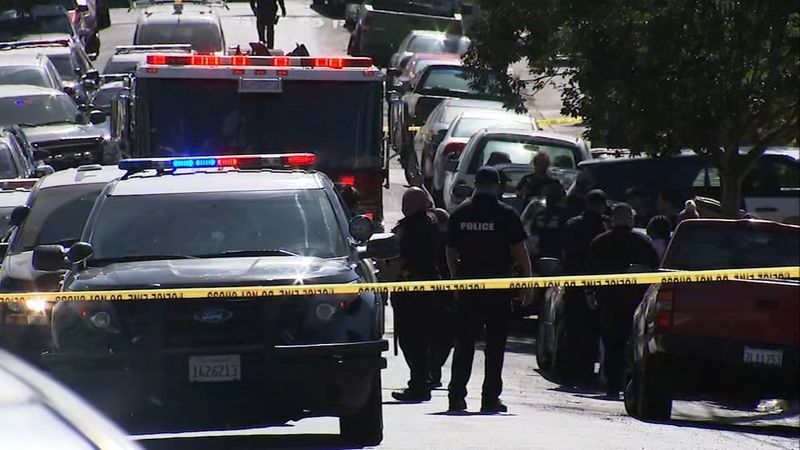 OPD nearing end of its federal oversight after nearly 20 years

OAKLAND, Calif. (KGO) -- Speaking at a press conference Wednesday night, Oakland Mayor Libby Schaaf was joined by Police Chief LeRonne Armstrong and other leaders, to announce that after nearly 20 years, the city's police department is finally almost done with its federal oversight.

"Today marks a milestone in a continual journey towards Oakland's reforms and professionalism in a national model in policing," Schaaf said.

OPD's oversight began after a 2003 settlement agreement that required the department to enact 52 reform measures under the guidance of a federal judge and outside observers.

At the time, the institution was under heavy scrutiny after four officers known as "The Riders" were accused of brutalizing people on the streets of some Oakland neighborhoods.

Now, a federal judge says the department has almost completed all of the reforms set out nearly two decades ago.

RELATED: Oakland Police Chief after violent weekend: 'Far too many people have been let out of custody'

"We await the judge's orders but I am optimistic that we are proving to the public that we have reformed," Armstrong said.

The judge says the department will soon enter a one-year sustainability period where it can prove the changes will be long-lasting.

Welcome news to civil rights attorney, John Burris, who was one of the lawyers who filed the initial court case.

"They have better checks and balances in place. More accountability if an officer does in fact not perform properly or wrongfully," he said.

But despite the progress that's been made, city leaders acknowledge that more work still needs to be done.

VIDEO: What is law enforcement doing to crack down on violent crime in Oakland?
EMBED More News Videos

Attacks on people in Oakland and across the Bay Area has law enforcement pleading with judges to keep repeat offenders in jail.

One area in particular, the court noted, still has to be dealt with.

The judge says OPD still needs to be more consistent with how it disciplines its officers - focusing to eliminate racial disparities.

Something the chief says, the department is already working on.

"Begin to talk more to our staff. Hear more from our minority officers about how they're feeling about our discipline process," Armstrong said.

Ensuring the changes are tangible not just for the force itself, but also the community it serves.

"This is not the department of 20 years ago. We are a different department today," said Armstrong.