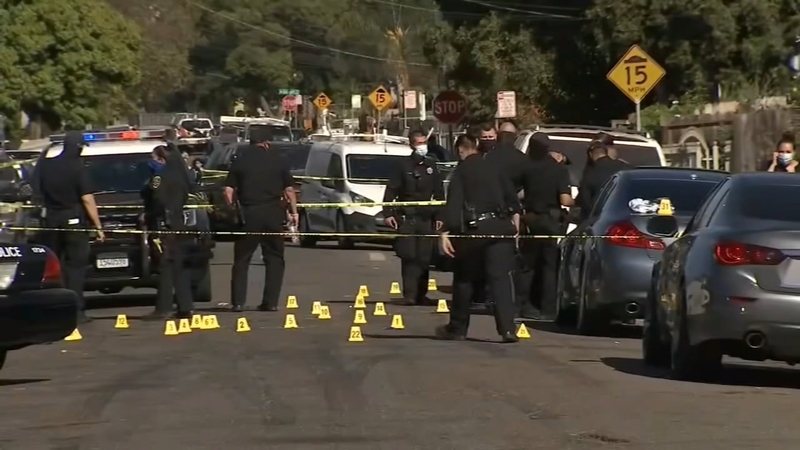 OAKLAND, Calif. (KGO) -- The fallout continues after a controversial vote by the Oakland City Council Thursday night to cut nearly 20 million dollars from its police force. While it sounds like a lot of money, it's a small fraction of what many in the defund movement wanted. Still, some question the timing, in a city that has recorded more than 60 murders, less than halfway through the year.

Oakland's City Council President is among those celebrating a new budget that shifts $18 million dollars from the police department to other programs, including those designed to prevent crime.

"I think yesterday was very historic," said Nikki Fortunato Bas. "We'll be standing up a program called MACRO for alternative crisis responders, to handle mental health issues. We will be having our department of transportation handle issues that police typically handle, blocked driveways, auto tows."

More than $300,000 diverted from policing will go to the Youth Employment Program in East Oakland, which aims to keep young people off the streets.

"For me it's more about where do I appropriate the dollars I have from the taxpayer, to the community," said Oakland Councilman Noel Gallo. "It's not the police officer."

However, others question the timing of diverting money away from police, while violent crime is spiking.

"The whole problem is the focus on defunding," said Taylor. "My residents in East Oakland overwhelmingly say let's make sure we have a solid baseline of support until these alternatives are put in place in a way we can depend on."

Oakland currently has 714 officers. The new budget could drop that number by 50, well below the 678 required by Measure Z, approved by voters in 2014.

"It makes no sense to me," Barry Donelan, President of the Oakland Police Officers Association. "Cities across the country have looked at and discarded defund the police. But here in Oakland, we seemed to have doubled down on this experiment."

The city council president called this year a transition year, and she didn't rule out more cuts to the police department in the future.

"Because police have the largest share," said Fortunato Bas, "there could be more redistribution."

Police Chief LeRonne Armstrong plans to address the reductions to his department in a Monday press conference.