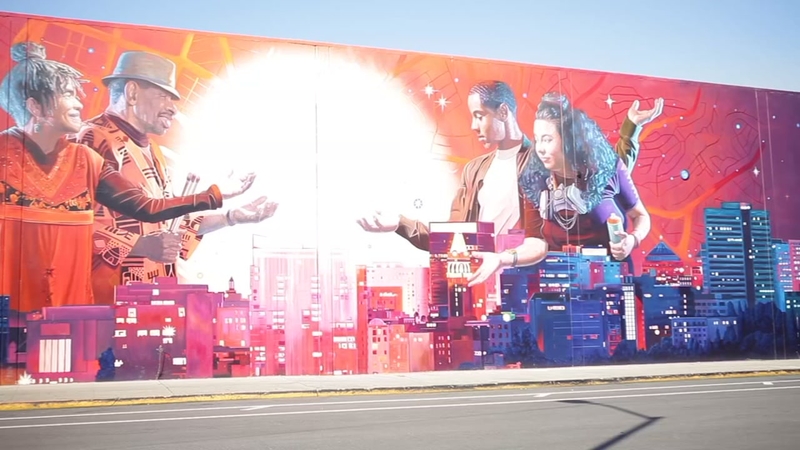 However, this is not Getachew's first time using poetry to shine a light on racial injustice.

"From the instant I realized I could create stories just as I loved to consume them, I've found a home in the written and spoken word," said Getachew.

Throughout his youth, Getachew has written and performed poems that address racism, police brutality, culture, and community. In 2019, he served as Oakland Youth Poet Laureate, and his poetry has garnered over a million cumulative views online.

This year, Getachew served as a panelist during ABC7's hour-long conversation 'From Anger To Action: A Bay Area Conversation,' where he addressed issues of race, social justice, and equality.

Following the conversation, we invited him to further share his experiences growing up in Oakland, California. As a young poet using his platform to speak out against racial inequality, Getachew expressed to ABC7 his interest in speaking with a longtime Oakland activist and artist whom he admires: Cat Brooks, co-founder of the Anti Police-Terror Project. The Black-led, multi-racial, intergenerational coalition recently developed a new model for non-police response to mental health crisis.

ABC7 helped set up the conversation in which Getachew delves into topics affecting his hometown of Oakland with Brooks, to learn and gain insight about specific ways that the community can get involved to create sustainable change.

"I firmly believe that the place that we can make the most powerful impact is at the local level," said Brooks.

She stresses the importance of political education, and urges the community to study past movements, diversify news sources, reach out to elected officials, and follow the work of vetted organizations.

"And if you can't find a home in the 8,465,322.5 progressive organizations in the Bay Area, start your own. But take all those other steps first."

In this video, Getachew and Brooks cover topics ranging from policing to performance art, while detailing concrete ways that Bay Area residents can create sustainable change in Oakland and beyond.