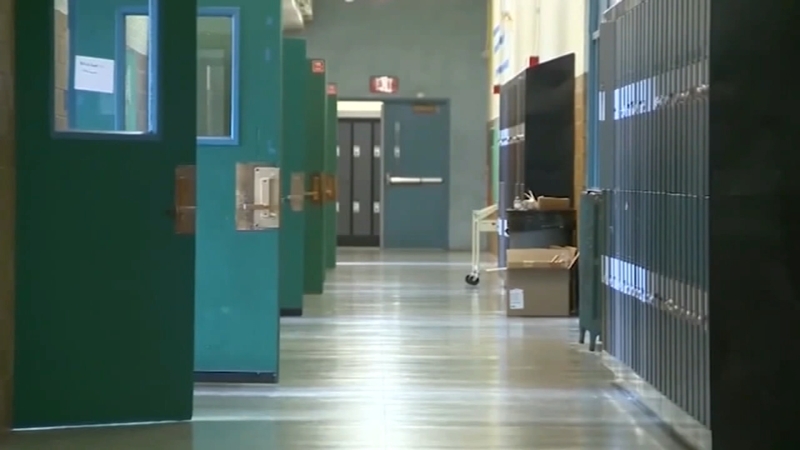 OAKLAND, Calif. (KGO) -- Teachers with the Oakland Unified School district are not going on strike Monday but it remains a possibility. The Union is upset with the current COVID safety measures and has not been able to come to an agreement with the district.

The Oakland Unified School District has seen numerous walkouts like of late by students and teachers. Now continued talk of a possible strike. The Oakland Educators Association, which represents teachers says, "OEA and OUSD negotiated for 13 hours, until 5 a.m. Saturday. Negotiations resume Monday. OEA is not on strike at this time."

Some OUSD teachers though want more than just weekly testing, high quality masks, and qualified substitutes like the union is looking for.

"No tentative agreement should be reached that does not include a return to virtual learning that is the key act that we need to take right now," said Mark Airgood who is an instructor at Sojourner Truth Independent Study. Sojourner Truth is a K-12 academy that is virtual. Airgood says their once small school now has more than a thousand kids.

Some parents though say they are not on board with anything virtual and fully oppose any strike.

"The kids need to be in school it's that simple. There was a strike in 2019 this is an ongoing scenario, COVID is just the next reason for this happening. It's just not fair for the children and I don't know why we're continuing to use our children as the ball in this game between the district and the teacher's union," said Josh Waltzer who has a daughter attending Oakland Tech.

In fact the discord between Union leaders and those from the district is why some teachers like Bonnie Forbes have left.

"Being part of a big school district where it is so hard to find solutions that work for so many different families, it felt like very hard for them to think outside the box. It was frustrating as a teacher and as a parent to have my kids be virtual all year long," says Bonnie Forbes who now teaches Kindergarten in Piedmont.

We reached out to the district for comment but have not heard back. School though is still in session as of right now.