'Gerald,' Oakland's combative turkey, standing his ground as city crews try to track him down

The bird is accused of attacking visitors at an Oakland rose garden and even cars, and now with a plan in place to relocate the turkey, officials can't seem to track him down.

"We would watch Gerald up in the tree, he would sing his song for the whole neighborhood to hear," said Linda Meu of Oakland.

Gerald is a turkey, and a moody one, at least lately.

"My daughter once said that a friend had visited her and gone out onto to the street to her car and Gerald had attacked her car," said Meu.

Gerald's behavior only turned sour recently, but enough so that the city not only closed the park for a time, they hatched a plan to have Gerald relocated.

But the move to the East Bay hills isn't good enough for Gerald's many supporters.

"He's been a part of this community for a long time," said Oakland resident Molly Flanagan. "And over 13,000 people signed our petition to save his life and allow for relocation if that's needed."

There's even a sanctuary willing to take Gerald, Animal Place in Grass Valley.

"You can have a soft release, where he's kept in an enclosed area where he's safe from predators, he's familiarizing himself with the area and then he's released to the wild," explained Gay Bradshaw, with Kerulos Center for Nonviolence.

But state officials say the sanctuary isn't properly permitted for a turkey, and Gerald would first have to be captured, quarantined and then transported nearly 140 miles, a herculean task for a big bird.

In recent weeks, Gerald has kept a low profile at the park, and reportedly, his behavior has improved. It may be because mating season is over.

And besides, after weeks of trying, city turkey catchers have yet to track down the elusive Gerald. 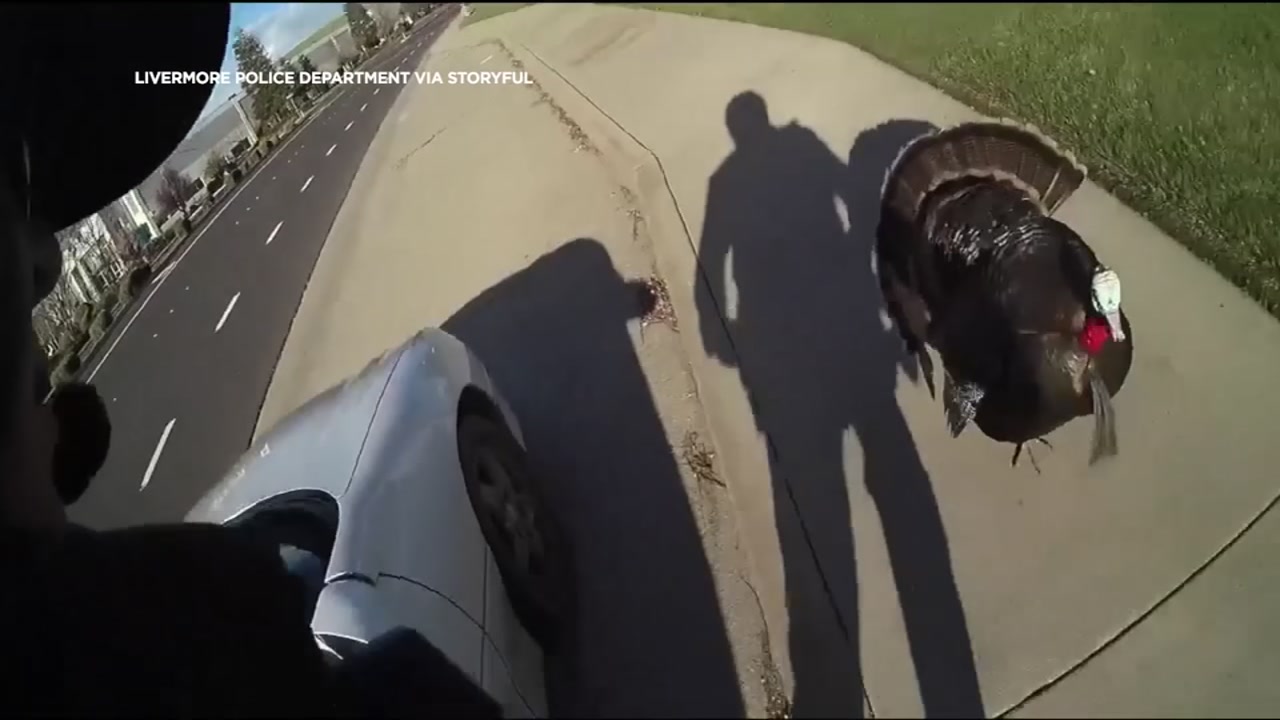