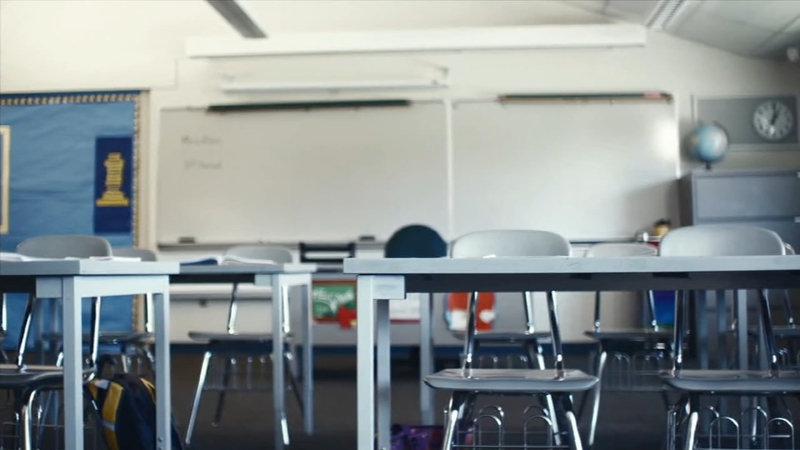 OAKLAND, Calif. (KGO) -- Oakland Unified has a preliminary list of schools it wants to close, they say, to help cut costs and deal with a budget shortfall. Except that, the list was not meant to be published. It was distributed internally until someone disclosed it. Now, the district is facing parents and teachers of those schools that are outraged.

Mike Hutchinson wants everyone to know he's the one who released the list of schools that may end up closing. The Oakland school board member first posted it on social media.

"I didn't leak anything, this wasn't privileged or confidential information, what I did was my job by reporting out to my constituents and the community information that I received about their schools being under threat for closure," expressed Hutchinson.

Oakland's superintendent then sent out a note stating that "To be clear, the information shared was from a draft-it is NOT the final set of recommendations."

The Oakland schools for possible closures at the end of this school year are:

Wednesday staff at La Escuelita began distributing fliers to parents interested in having a meeting on this possible closure. Lucretia Henderson,a grandmother has had a deep connection with the school.

The school district has said it needs to slash $50 million from next year's budget. But Hutchinson insists there is no budget deficit.

"What we are doing is going through a series of adjustments to free up more money to raise compensation for our staff going forward but we are not in a budget crisis. We have money in our reserves," revealed Hutchinson.

Then there's the issue of declining enrollment in Oakland which affects the district's budget. For example, before the schools there shut down because of the pandemic, the number of students enrolled as of March 13, 2020, was 35,904.

Sarah Goudy teaches at Rudsdale Newcomer High School which is also on the preliminary closure list. She says there should be community input.

"The final closure vote is going to happen on February 8 and schools aren't even going to be notified if they are for sure on that list until January 28. So it's two weeks. The whole thing is absolutely outrageous," added Goudy.

Another argument being made is that Oakland has the highest ratio of schools to students among California's largest districts. The district says that keeping all their school open meant they have to spend more money to maintain them. But Hutchinson argued that 20 years ago Oakland embraced public charter schools, more than any other district in California. Giving parents a choice, also meant that traditional public schools have lost students.