Men who parachuted off Hilton hotel in San Francisco identified

Two of three people who parachuted off the top of a Hilton Hotel in San Francisco overnight have been identified after being arrested early Wednesday morning.

SAN FRANCISCO (KGO) -- Two of three people who parachuted off the top of a Hilton Hotel in San Francisco overnight have been identified after being arrested early Wednesday morning.

They landed safely. Police said the jumpers landed in the 300 block of Ellis Street, which runs on the other side of the hotel.

The two men have been identified as 26-year-old Joshua Glovac and 25-year-old Brendan Weinstein, both from San Francisco.

Officers said the people involved triggered a security alarm on the roof. Security officers said they saw two men and a woman on surveillance video; police are still searching for the woman.

Investigators said they couldn't find a law they broke for BASE jumping; they are charging them with trespassing and conspiracy.

One of the detained men was released after being at the jail for 9 hours. He did not want to be identified and said an interview with the media would put him at risk. He says he does not agree with what police are accusing him of.

When asked why he was shying away from attention after pulling off such a public stunt, he said if he had wanted attention, he would not have done it at 1 a.m. 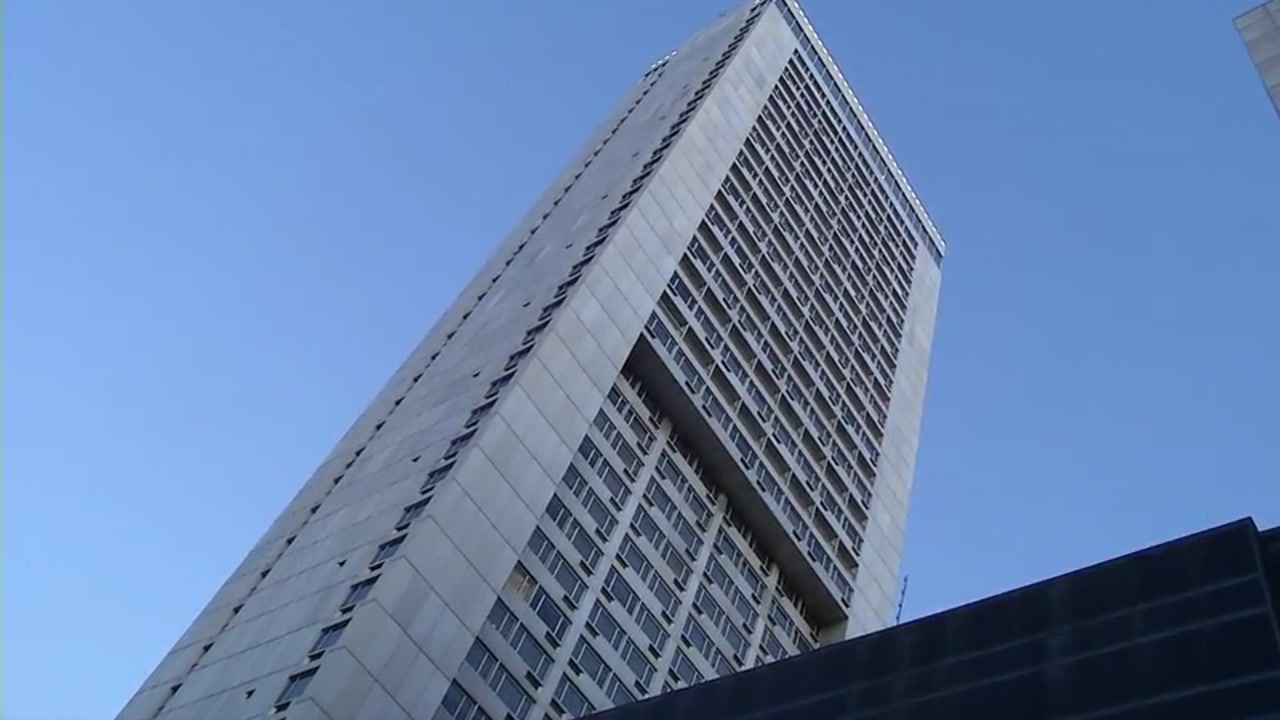 SFPD: 2 detained after parachuting off Hilton Hotel in San Francisco