The blaze happened at the Pentecostals of the Bay Area
KGO 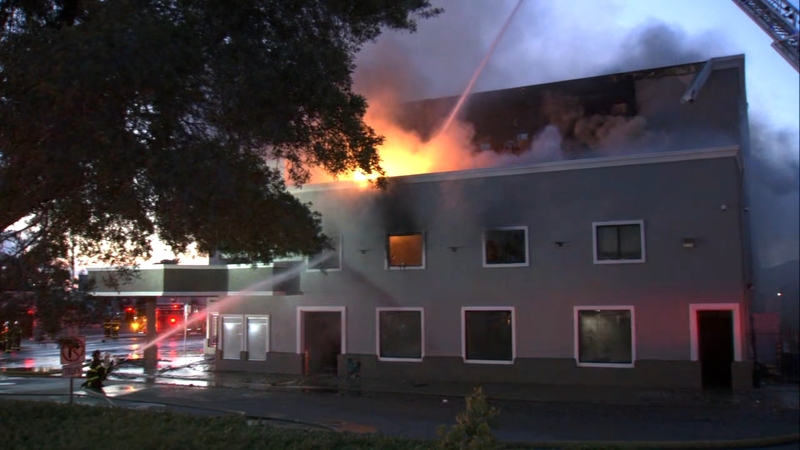 The blaze happened at 310 Central Ave. at the Pentecostals of the Bay Area, officials say.

Firefighters say right as they prepared to go in and fight, a section of the roof collapsed, forcing them to retreat.

"The collapse, based on the building's geometry, created an over pressurization event similar to a backdraft, which blew out the front doors of this building and created a hazardous condition inside," said Contra Costa Fire Captain George Laing.

The chaotic situation forced them into a defensive stance. They stood on the outside, not far from the church members who watched helplessly as the building they loved burned.

"There's an emotional connection to the building. We worship here. We remodeled the inside, put on a brand new roof, solar panels, new seats. All of a sudden, it's gone," said Senior Pastor Elias Limones.

VIDEO: SKY7 over scene of fire at Pentecostals of the Bay Area in Pittsburg
EMBED More News Videos

Crews are responding to a church fire in Pittsburg Friday morning.

A church in Pittsburg is burning right now at Central & Railroad Avenues. Members of the Pentecostals of the Bay Area are here emotionally watching as firefighters fight from the outside- it’s too dangerous to go inside. Firefighters don’t know yet what started the fire. pic.twitter.com/kyF4L3btcu

Firefighters say they are still looking for the fire's cause, but at this point, they don't see anything suspicious.

No one was hurt in the fire.

Another fire happened near this location along Central Ave. at Saint James Cathedral of Faith in Pittsburg last November.