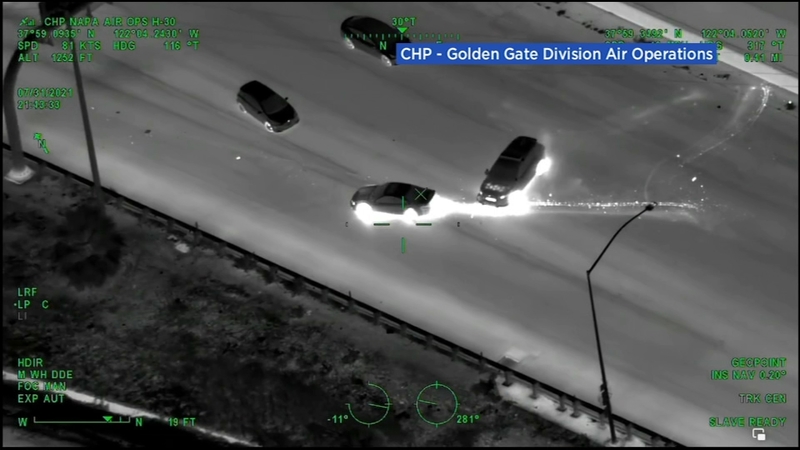 VALLEJO, Calif. (KGO) -- A driver sped the wrong way down a freeway in Vallejo in a desperate effort to escape police on Saturday night.

Vallejo police say they stopped pursuing the driver when he began driving against traffic and continued the wrong way onto Interstate 780.

Sparks flew from the car when it lost a tire.

The car was nearly stopped by the CHP when the driver turned around and drove the wrong way on Interstate 680.

The driver eventually stopped and attempted two carjackings in the middle of the freeway.

Police say that's where they were able to arrest two suspects.