KGO
By Laura Anthony
BERKELEY, Calif. (KGO) -- There were some tense moments in Berkeley Tuesday and at least four arrests when right-wing leader Joey Gibson showed up on the Cal campus. Three people are facing charges.

"I'm asking you why you think they're doing what they're doing -- because they don't want to have a conversation," said one protester.

Gibson was surrounded by supporters, who claim they're not white supremacists. "It's just some rhetoric that's being pushed. There's no basis for what their claims are," said rally organizer Gabriel Silva.

It's at the center of a potential firestorm around race, freedom of speech and politics. But what exactly is Patriot Prayer?

After a brief scuffle in front of campus -- Gibson and his entourage, including controversial right-wing figure Kyle Chapman, headed down Telegraph Avenue where counterprotest leader Yvette Felarca and others were arrested.

Gibson finally stopped at People's Park for a rally with his supporters.

"They terrorize people," said Refuse Fascism's Rafael Kadaris. "We have to stand up against this... not on our campuses. Not in our communities, and not in the White House. These fascists have to go."

For everyone involved, there were at least as many people from several different police agencies -- including Oakland, Berkeley, and Alameda County Sheriffs. 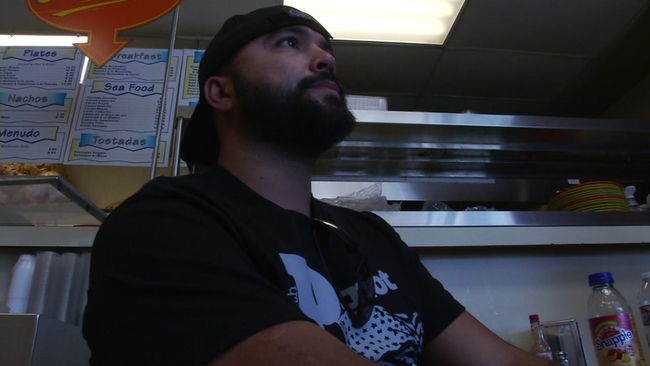