KGO
By Laura Anthony
OAKLAND, Calif. (KGO) -- For many federal workers in the Bay Area, Monday was the first day back on the job in more than a month. Others, like TSA workers, remained on the job during the partial government shutdown. The only difference is now they'll finally get paid.

"They seemed to be a little bit more jolly," said Joey Santore, moments after arrived at Oakland International Airport from Texas. He told ABC7 News that he noticed something different about the TSA workers he encountered along the way.

SHARE YOUR STORY: How has the 2019 federal government shutdown affected you?

The 400 TSA workers in Oakland stayed on the job throughout the federal shutdown, without getting paid for the past month. But soon, their paychecks will be in the mail.

"It was incredible," said Oakland International Federal Security Director David Von Damm. "Literally when we got the news, we had people working over twelve hour days Saturday and Sunday to get everyone's pay processed. What's good about this, they'll not only be getting a month's worth of pay, we also have another pay period presently, so it will be a good payday for everybody."

Von Damm said his employees will receive a check for their back pay this Thursday and then another a week from Thursday for the current pay period.

Unlike their counterparts at the TSA, National Park Service employees were furloughed. That meant no work and no pay for 35 days.

On Monday they were back on the job, but the visitor's center at several East Bay parks, like at the John Muir Historical Site in Martinez, remained closed for one more day.

"All the employees came back today and we're interested in getting the site safe and ready for the visitors to come and to learn about these stories," said Tom Leatherman, the NPS superintendent for four sites in Contra Costa County including John Muir, Rosie the Riveter, Pt. Chicago Naval Magazine National Memorial and the Eugene O'Neill National Historic Site.

The National Park Service employees all over the Bay Area are back on the job but the question remains - will the respite be brief? There could be another shutdown in mid-February.

"You know as things get closer, I'm sure we'll get more nervous," said Leatherman. "But right now I guess we're hopeful that we'll be able to continue to operate and that's what we're going to focus on right now."

Take a look at more stories and videos about the government shutdown.

Now that the federal shutdown is over, National Parks sites in the Bay Area either open or will be tomorrow as employees get things ready for the public after more than a month off the job. #abc7now @JohnMuirNPS @RosieRiveterNPS pic.twitter.com/R93ExZPxsO 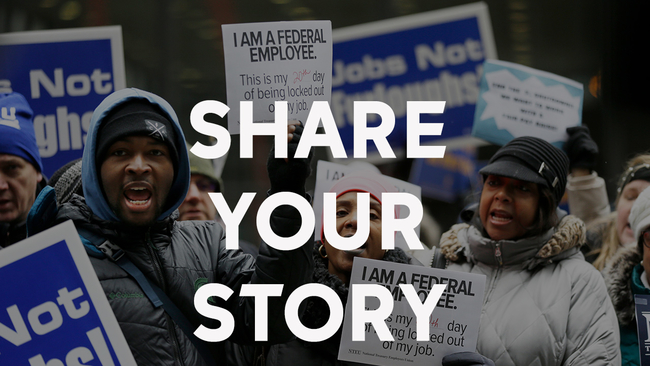 Share your story: How has the government shutdown affected you?
GOVERNMENT SHUTDOWN