The carotid hold is a form of chokehold that cuts off blood flow through the carotid arteries to the brain.

"At the end of the day, the carotid hold that literally is designed to stop people's blood from flowing into their brain. That has no place any longer in 21st century practices," Newsom said.

The governor said he is immediately instructing POST, the state's commission on Peace Officer Standards and Training, to stop training the practice. He added there was also legislation in the works to ban the carotid hold by law in California and he would sign it as soon as it was brought to his desk.

Chokehold restraints, which are different from carotid holds and cut off airflow through the windpipe, are already banned in California.

Newsom hinted his announcement is the first of more reforms to come. He said there needs to be statewide standards on how police do crowd control.

Newsom spoke at length about the systemic racism that affects black people across all sectors of society.

He spoke about the racist impact of mandatory minimum sentencing and the war on drugs, which has led to long prison sentences for nonviolent drug offenses.

Finally, he encouraged Californians to take a stand.

"Dante infamously said that the hottest place in hell is reserved for those in a time of moral crisis that maintain their neutrality. This is not a time to be neutral." 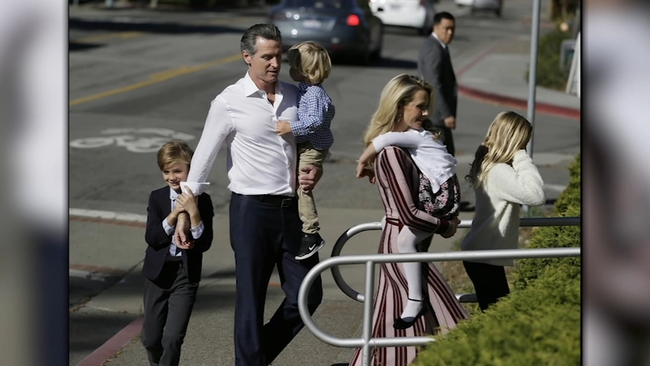