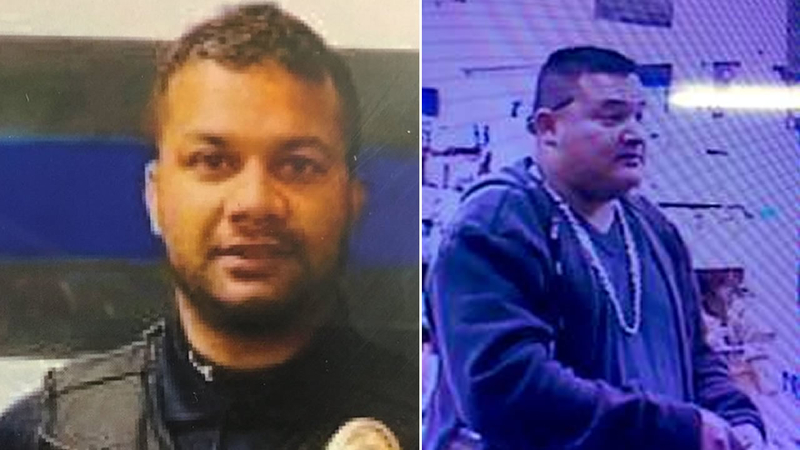 NEWMAN, Calif. (KGO) -- A search warrant was served in Merced County in connection with the fatal shooting of Newman Col. Ron Singh, who was gunned down while making a DUI traffic stop early Wednesday morning.

The scene at a small farmhouse off Highway 59 is now clear and police say the suspect was not there.

Newman Corporal Ronil Singh was remembered by his grieving police chief on Thursday. "I did not know, Christmas morning, at four o'clock in the morning, when I said goodbye to him and sent him off to his family, that that would be the last time that I saw him," said Newman Police Dept. Chief Randy Richardson said.

Clearly wracked with grief, the chief of the tiny Newman Police Department asked that Corporal Ronil Singh be first remembered as a husband and father... and then as a cop. "What needs to be known is that he was truly just a human being, an American patriot," Chief Richardson said.

The 33-year-old Singh-was shot and killed just before 1 a.m. Wednesday during a DUI traffic stop.

The man believed to be the suspect was captured on surveillance cameras buying beer at a convenience store moments before the shooting.

"There was a gunfight." Though he would not provide the suspect's name, Stanislaus County Sheriff Adam Christianson did offer other details. "This suspect, unlike Ron, who immigrated to this country lawfully and legally to pursue his lifelong career, this suspect is in our country illegally."

#DEVELOPING #Newman Police Chief Randy Richardson referred to this photo of Cpl. Singh and his family, taken hours before he was shot and killed. “He wore that uniform because he loved being a police officer.” Singh’s dog Sam will be retired and stay with Singh’s family. #abc7now pic.twitter.com/BiVmMcexUu

The Stanislaus County Sheriff's Department Twitter account later that even tweeted new photos of the suspect but said they would not confirm his identiify.

The suspect's grey truck was found at a mobile home park in Newman, but the man himself is still at large.

In the meantime, this small town is left to cope with the loss of an officer many here knew personally.

"He bent over backwards for everybody that he stopped, or just as a friend. He was a friend to everybody," said Newman resident Chip Bluett.

"His 5-month-old, he will never hear talk... he will never see his son walk. He doesn't get to hold that little boy, hug his wife, say goodnight anymore because a coward took his life," Chief Richardson said.

#BREAKING “I hope that Ron is never forgotten...he will never get to see his son walk.” #newman police chief Ronil Singh on his fallen officer. #abc7now pic.twitter.com/9l0KZrLsuo