EXCLUSIVE: 82-year-old San Jose woman swindled of expensive necklace in her own driveway

Police say older Asians are being targeted, and that they need to be especially cautious during the time of the Lunar New Year.
KGO
By Dion Lim 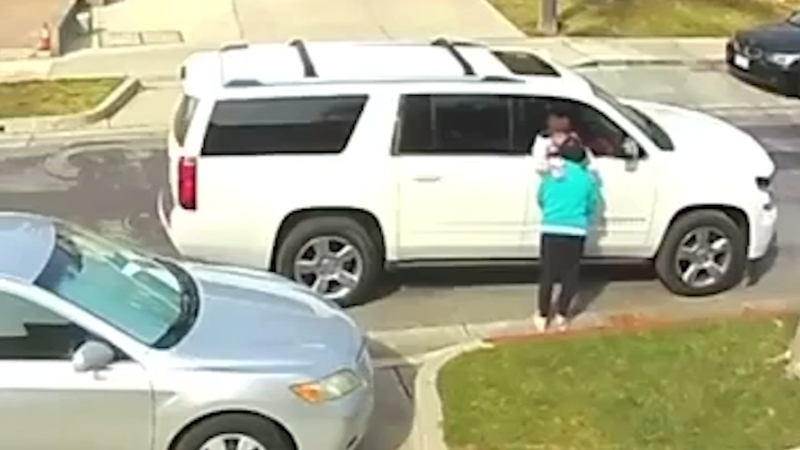 SAN JOSE, Calif. (KGO) -- A crime ring sweeping California is targeting seniors, often Asian Americans, for thousands of dollars in jewelry. In many cases, the victims don't even realize what's happening, the crimes happen so fast.

"They'll come up to them, engage them in a convo that's very friendly and take cheap costume jewelry or a bracelet/necklace and say 'we want you to have this,'" says Capitan Denton Carlson with the San Ramon Police Department.

It's the same "slight of hand" crime targeting seniors in many parts of the Bay Area, Southern California and Sacramento area.

Video from a man named Chris Luu shows his 82-year-old mother in the front yard of her San Jose home. She's flagged over by a woman in an SUV who says some words to her, gets close and suddenly her gold chain is gone. Video shows the woman walk away, slightly confused at what just happened.

"They'll slip the jewelry on the unsuspecting victim and at the same time they're engaging, they'll take it back and remove the victim's valuable jewelry."

This type of crime is not new, but San Ramon police say it targets the elderly, who need to be especially diligent during the time of the Lunar New Year.

"This is a part of a large group, stemming from the Eastern European area. In our city, the target demographic were the elderly and it was people of South Asian descent."

Dozens of primarily Asian Americans, reached out to ABC7 News on social media, warning their loved ones had been victimized as well. Reports came in from Union City, South San Francisco, San Francisco and other parts of the Bay Area.

A senior couple in SF, who immigrated to America nearly 40 years ago, is heartbroken after their life savings was taken from them. A senior law enforcement official confirmed Asian American families are often targets because they keep cash in their homes.

Cherry Vu and her brother say their 59-year-old disabled mother was targeted outside an Asian supermarket in San Jose.

"They noticed she was wearing a big chain gold necklace," says Cherry.

Her brother says, "Mom came close, put this jewelry in my mom's hand, came over and took the necklace off."

San Jose police also had a recent case involving a 90-year-old non-Asian woman who had $40,000 in jewelry taken from her.

San Ramon police were able to make arrests in connection to 10 reported cases, but believe there are many more victims. They, and Cherry urge families to come forward, in order to fight this growing crime trend.

EXCLUSIVE: Men with luxury watches, including a $30,000 Rolex, targeted in Bay Area robberies

"I was so angry," says Cherry. "We really need to get the news out there, not only for our Asian community but our elders."

San Ramon police say the two people they arrested for these crimes were from Orange County and were caught with the public's help reporting their crimes.