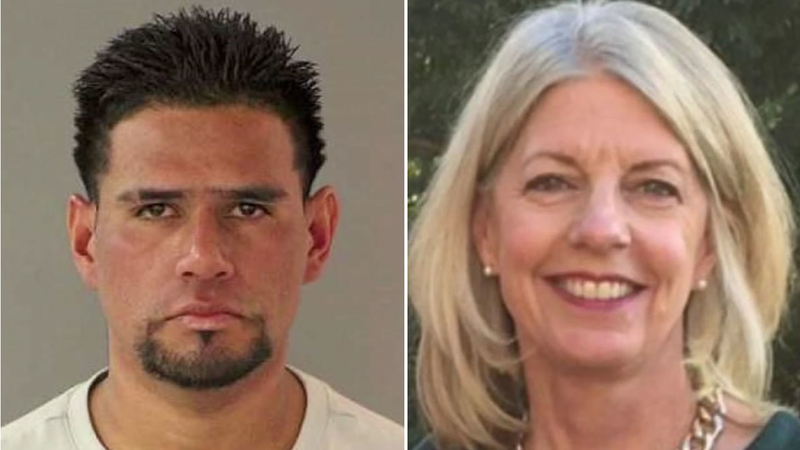 SAN JOSE, Calif. (KGO) -- Police say that a man arrested for killing a woman inside her San Jose home is in the country illegally and has a long criminal history.

The mayor says this case should prompt a discussion.

San Jose police confirm that the 24-year-old suspect, Carlos Arevalo Carranza, is not only undocumented, but also a self-admitted gang member with a long history of arrests. He was deported by federal immigration agents in 2013 but returned to the U.S., committing a series of crimes.

"In 2015 he was arrested for paraphernalia. In 2015, he was convicted of burglary in San Jose. In 2016, battery of an officer, resisting arrest and entering and occupying a property," said SJPD Chief Eddie Garcia.

He was arrested for even more crimes as recently as two months ago. Now he is tied by DNA evidence to the brutal murder of 59-year-old Bambi Larson, whose was found slashed and beaten in her Knollfield Way home in San Jose on February 28.

Police said Arevalo Carranza had cased the neighborhood and appeared to know where security cameras were, covering his face to avoid detection. However, one neighbor's security video does appear to show him on Knollfield Way in the early morning hours when Larson was killed.

Four years ago, Mayor Sam Liccardo sent a letter to county supervisors, seeking to revisit its ICE policy for violent felons. A representative of the mayor's office said his position has not changed. Chief Garcia said he believes his job is to protect everyone, and he does not want to get into a political fight.

Below is a statement released by Mayor Liccardo on Tuesday: