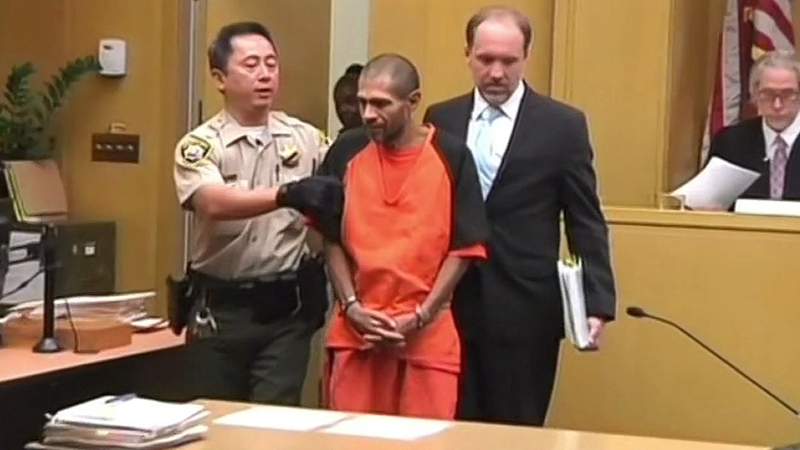 SAN FRANCISCO (KGO) -- A ballistics expert who testified Thursday at the preliminary hearing of a man suspected in the fatal shooting of a woman at San Francisco's Pier 14 last month said the shooting appears to have been accidental and that Kate Steinle does not appear to have been targeted.

The suspect, a Mexican national who goes by numerous names including Juan Francisco Lopez-Sanchez, has been deported from the United States five times and previously convicted of numerous felonies.

Gonzalez believes the gun Sanchez is accused of firing accidentally discharged in his hand.

Norris' testimony supported Gonzalez's position. He said the weapon, a Sig Sauer P239 .40 caliber semi-automatic pistol, has no safety switch and the weapon has a trigger that requires little force to pull, therefore supporting the defense position that it could have accidentally gone off.

A police investigator has also testified that the bullet hit the ground and ricocheted just before fatally striking Steinle in the back.

Outside the courtroom, Norris told reporters he does believe Sanchez unintentionally shot Steinle. "This is not the way to shoot somebody. I mean you can't ricochet bullets off of surfaces and try to hit somebody. You aim the gun at the person and shoot them," he said.

However, the prosecution believes Sanchez was aiming his gun at Steinle when it went off. "We believe the charging decision is proper and the defendant has been charged with murder for that reason," San Francisco District Attorney's Office spokesperson Alex Bastian said.

San Francisco police criminalist and ballistics expert Gerald Andrew Smith, who examined the gun, testified during the hearings that the trigger had to be pulled for the gun to go off, but admitted later under cross examination that it could misfire.

The judge continued Lopez-Sanchez' preliminary hearing until 9 a.m. on Sept. 3 to allow additional witnesses to take the stand.

If Judge Conroy finds that there is probable cause to believe Lopez-Sanchez committed the crime of murder, the defendant will stand trial.