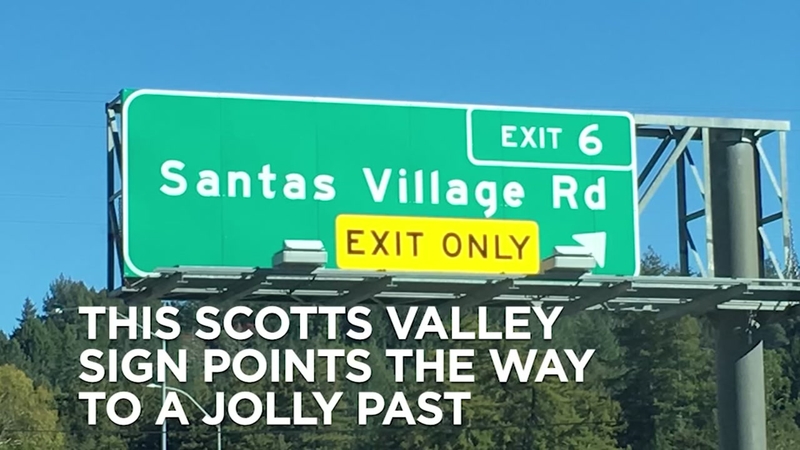 SCOTTS VALLEY, Calif. (KGO) -- Hidden in plain site off Highway 17 in the Santa Cruz Mountains, there is a little piece of Christmas past hiding. The clue goes by "Exit 6" or, its more formal name, Santa's Village Rd.

Named for a year-round amusement park by the same name, Santa's Village.

A Southern California developer, H. Glenn Holland, was the man behind this near North Pole. He opened Santa's Village Scotts Valley on May 30, 1957. The park was one of three. The first was in Lake Arrowhead, California and the third, in Dundee, Illinois, are still in operation.

Of course, Santa's Village included Santa and Mrs. Claus. They had plenty of help from their elves and gnomes, who operated the rides and sold tickets. It had a petting zoo, reindeer from Unalakleet, Alaska, a bobsled ride, a whirling Christmas tree ride and a miniature Santa's Express train.

The whole place was decorated in a way that made children think they had been transplanted to Santa's hometown. The buildings looked like log chalets and gingerbread houses. The streets were lined with giant lollipop trees and candy canes. There was of course a mailbox for letters to Santa as well.