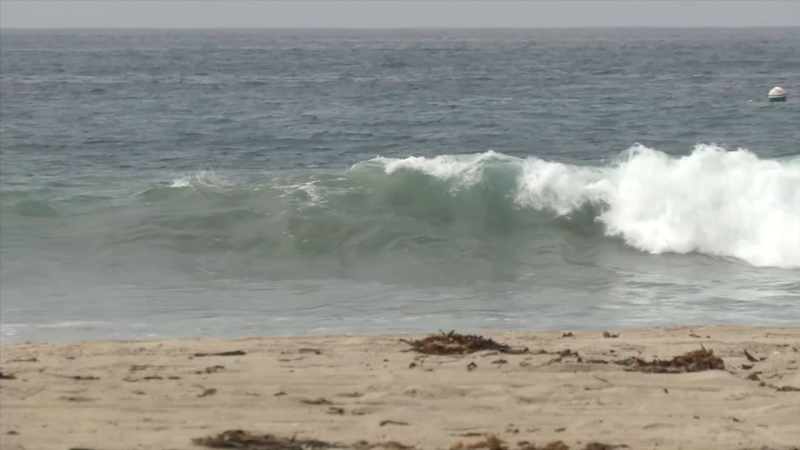 Seawater desalination could expand in CA

SAN FRANCISCO (KGO) -- As the pressure on California's water supply grows more intense this summer, another urban area could begin the process of producing their own. The California Coastal Commission is set to vote later this spring on what would be the state's second major coastal desalination plant in Huntington Beach, south of Los Angeles.

Glenn Farrel is with the industry group, CalDesal.

"I think folks are starting to recognize that there are uncertain sources of supply here that our water supplies and our precipitation, our snowpack is becoming less and less reliable, and less and less certain. And it's time to start exploring alternative supply development," Farrel believes.

The plant is being developed by Poseidon Water, which fully opened the largest ocean desalination plant in North America in 2015, in the San Diego area. Since that time, the Carlsbad facility has provided significant capacity.

"It represents 10% of the San Diego region's water supply, on an annual basis. So importantly, for them, it provides the reliability that they need. So when there is a drought, and there's restrictions and cutbacks, you know, the water they get from Northern California gets cut back to nothing. They have this, you know, guaranteed reliable source of supply," Farrel explains.

But the licensing process for Huntington Beach has stretched on for more than a decade. Concerns among environmental groups have ranged from the potential impact on sensitive marine life to the cost of the facility itself, an estimated $1.4 billion. Heather Cooley is director of research at the Pacific Institute in Oakland.

As the drought worsens, some communities are taking a closer look at seawater desalination as a reliable source of drinking water.

Several weeks ago, the company entered into a non-binding agreement to address another criticism, the project's carbon footprint. It's the result of the energy required for the desalination process. In the agreement, Poseidon pledges to work towards using 100% renewable energy.

"I think renewables would be a better strategy, of course, then then using electricity from the grid, and which includes some fossil fuels. I think an even better strategy, though, is to avoid that energy use in the first place," says Cooley.

Supporters admit that expense associated with desalination are higher than other water sources, but they argue the costs and technical challenges are part of the price California will have to pay moving forward in the face of climate change and worsening drought cycles.

"In California, there's no low hanging fruit. There's, there's no cheap water supplies that are sitting out there that water managers have been scooped up a long, long time ago. The next increment of water supply is expensive," Farrel believes.

The California Coastal Commission vote was originally scheduled for March. But it has now been pushed back to May, to give the company time to work with the commission on their mitigation plan.