"This is a real crisis but people aren't going to realize it until their taps run dry."
KGO
By Leslie Brinkley 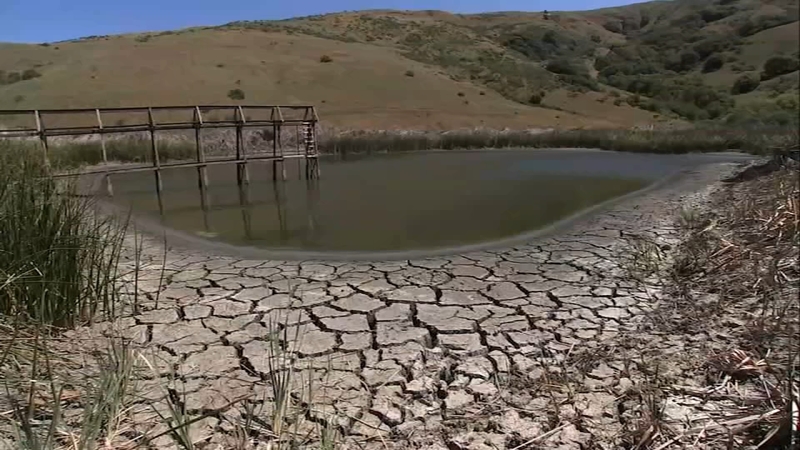 Official: Bleak snowpack survey is 'one step short of catastrophe'

SAN FRANCISCO (KGO) -- Bad news on the drought front Tuesday as state water officials measured the snowpack up in the Sierra with ominous results for continued drought conditions in 2022.

It's been a strange year.

RELATED: 'Extreme' drought now back in parts of Bay Area after almost 2 months with no significant rain

There was the now-infamous October storm followed by a historically dry January and February. When the California Department of Water Resources measured the snowpack now at the start of March, the number was bleak. Only 63% of normal water content.

"We are in a world of hurt here, a real-world of hurt," Gary Kremen, chairperson of the Santa Clara Valley Water District said. "And I know we feel there are so many crises going on: COVID, the unhoused, Ukraine. This is a real crisis but people aren't going to realize it until their taps run dry."

Santa Clara Valley Water said they may have to increase their current 15% mandatory conservation target and offer bigger incentives for things like ripping out lawns. Wells could run dry. EBMUD doesn't expect their reservoirs to refill as they lay down plans to utilize supplemental supplies and purchase water. If anything conservation is now going in the wrong direction.

"Customers had been consuming 10% until February and this dry crispy weather I think is forcing people to turn on their irrigation again at a time we'd be expecting natural rainfall to be watering those landscapes," said spokesperson Andrea Pook.

A 63% of normal snowpack after a Jan. 1 snowpack of 157% is thwarting efforts to predict what's next.

Standing in the snow, Jeremy Hill with the California Department of Water Resources said, "Our past forecasting efforts have relied on historical patterns that no longer apply due to our current changed climate conditions."

And there's not much rain in the forecast.

According to state climatologist Dr Michael Anderson, "We are looking at the end of the water season this year so we have what we have and will continue the drought conditions from the last two years so it will be year three of this current drought."