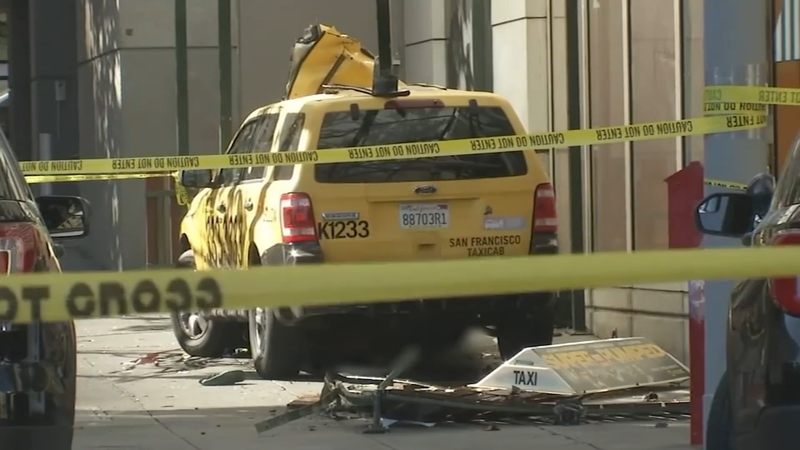 Willa Henderson, 31, and Mary Henderson, 72, both from Vero Beach, Florida, were hit and killed around 4:30 p.m. near 3rd and Mission streets.

Thousands of CA residents have lost their lives to traffic accidents since 2020. Officials are proposing a new bill to help reduce traffic deaths.

"In an incident like this, there is not a stone that we leave uncovered. We are going to be looking at any aspect that might have led to this incident," said Officer Robert Rueca with the San Francisco Police Department.

He says a car collided with a taxi. The taxi driver ended up on the sidewalk after fatally hitting both women. A third pedestrian was taken to the hospital. His condition is unknown.

The taxi driver was also hospitalized and is in stable condition.

"People just want to drive like they are on the freeway, around here," says Erika Serrano. She works at Oren's Hummus, which is half a block away from the scene of the accident.

She shared a video of another accident in front of the restaurant from just a few weeks ago, in which two cars collided, one hitting a fire hydrant.

"They even hit the wall on our patio, so we had to put the patio inside," said Serrano.

Serrano says it's not just the speeding cars. Pedestrians are competing with buses, Uber drivers, and bicyclists.

San Francisco Supervisor Matt Dorsey is new to the board of supervisors, but he is not new to the city government. He says making this part of the city safer will be a priority for his office.

"South of Market is an area that is disproportionately afflicted with traffic accidents," says Dorsey. "There are traffic calming solutions. I am going to be meeting with MUNI. I think there are a lot of programmatic efforts around Vision Zero, which aims to reduce traffic fatalities. But it's an avoidable problem, and we have to do more to avoid it.

Police say road rage, and drugs or alcohol, are not likely factors.