Some say new signs will improve the fan experience as the NFL gets ready to set up its Super Bowl City in downtown San Francisco. But not everyone is happy.

SAN FRANCISCO (KGO) -- There aren't too many billboards in San Francisco, but if you've been in the Financial District lately you may have noticed large Super Bowl 50 signs. Some say the signs will improve the fan experience as the NFL gets ready to set up its Super Bowl City in downtown San Francisco. But not everyone is happy.

"I just think it's really cool that it's in my city," said one passerby.

But have San Francisco's skyscrapers been turned into billboards for Verizon and Visa?

"I was completely appalled," said San Francisco architect Sheila Mednick. "It completely covers up the facade of the building and turns some of the best structures of the city into a walking advertisement."

Mednick says the massive banners are advertisements and breaking the rules.

"It's not allowed by section 611 of the planning code businesses to even erect new advertisements," she said.

Visa and Verizon are big players with the NFL.

"Yeah, that I'm not so excited about," said tourist Susie Fredrickson. "I'm not really excited about advertising any big corporation."

ABC7 News has asked the mayor's office and the planning department if the Super Bowl signs are considered advertisements and if they are, Mednick says, "The question of whether or not the city is actually going to enforce that is one thing."

The mayor's office says it's working to get answers regarding the signage on the sides of its most prominent buildings.

Reps for the Super Bowl committee have not responded, nor has the planning department.

Leaving onlookers like Fredrickson to think, "Well, money talks," she said. "And I think that's kind of what's happening with that."

"It seems that the city at the same time selling out to make a quick buck," said Mednick.

While local landmarks are eaten up by corporate ads. 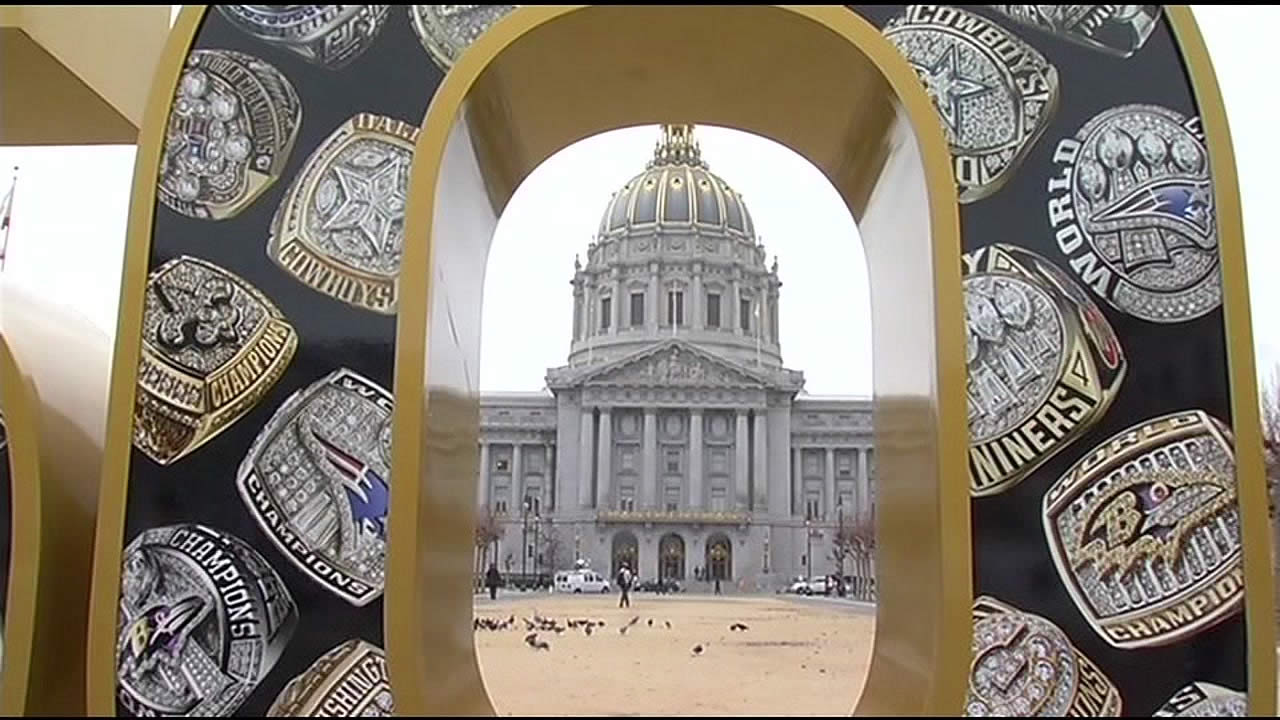 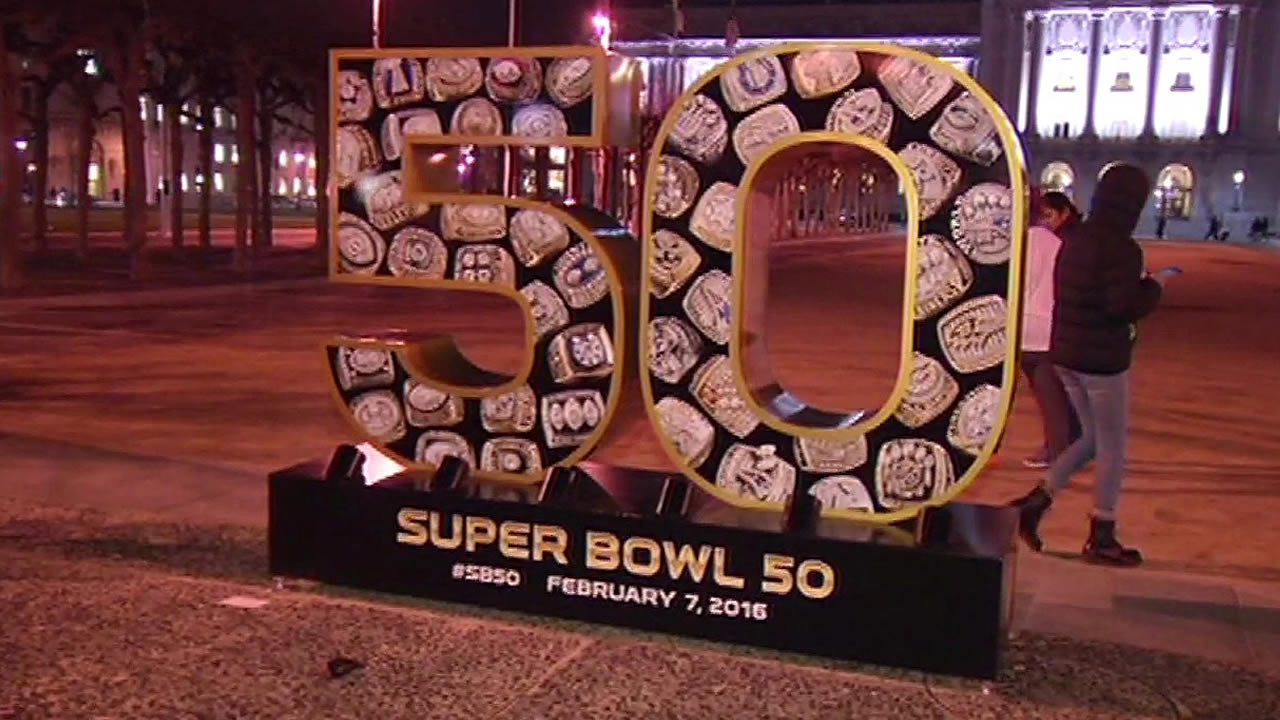 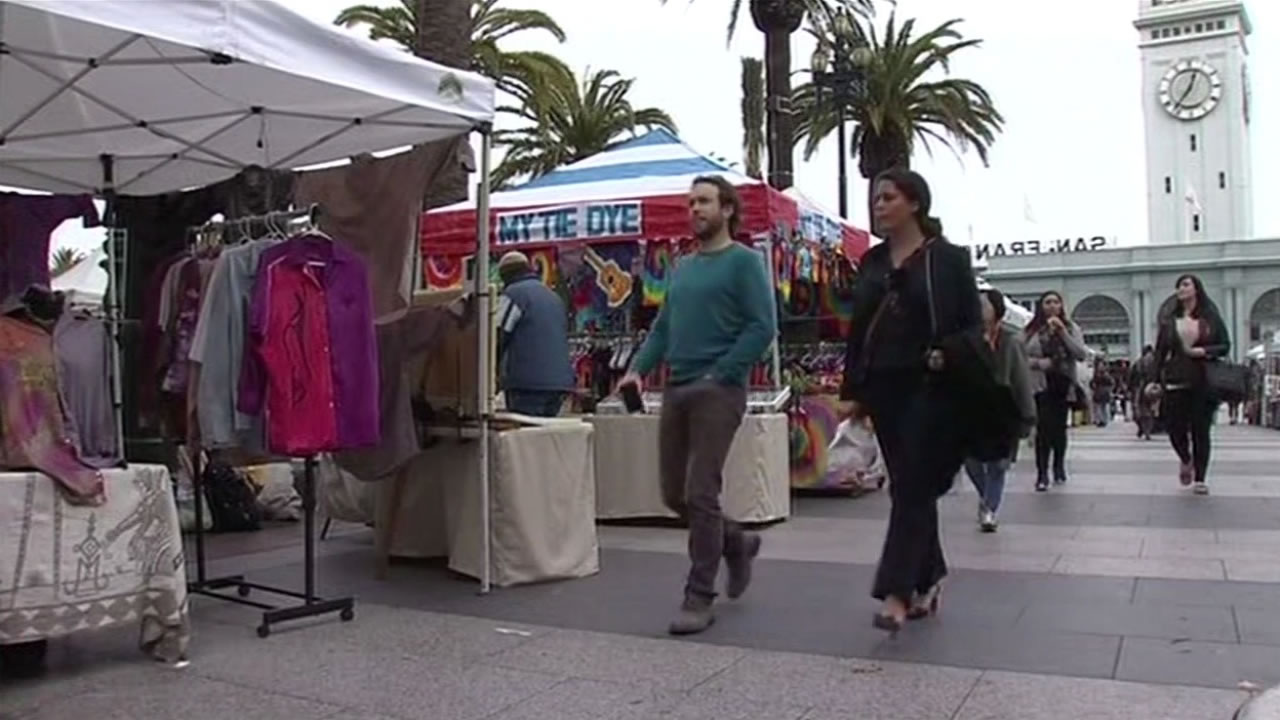