KGO
By by Melanie Woodrow
SAN FRANCISCO (KGO) -- Six different Bay Area Apple stores have been targeted in a matter of weeks with the thieves getting past employees and security guards. In San Francisco, uniformed police officers seem to be a deterrent.

Thieves also hit the Berkeley Apple Store. Most recently, this past Sunday, they got away with merchandise from the Burlingame Apple store.

"These things are happening all the way from Pasadena to Pittsburg," said San Francisco Police Officers Association President Tony Montoya.

Montoya doesn't think it's a coincidence that the Apple stores in the Marina and Union Square haven't been hit recently. Both stores have uniformed officers on site.

"I think it's just an overall deterrent when they are casing these locations on whether or not they're going to go in and steal these products," said Montoya.

Hooded thieves hit the Corte Madera Apple Store August 22nd, grabbing $19,000 in merchandise. The man who thought to take cellphone video of the incident asked ABC7 News not to reveal his identity. He says he could tell as they were going in and out of the store something wasn't right.

Thieves grab merchandise at the Apple store in Fashion Fair Mall in Fresno, Calif. on July 7, 2018.

"I realized that these guys were coming to do something," said the witness.

"Basically they were just standing there looking at their cell phone," he continued.

"These people are organized," said Montoya.

Police say it's not clear if the same suspects are responsible in all of these cases.

In San Francisco, retailers contract with the city which in turn pays officers overtime for working these assignments outside of their regularly scheduled shifts. Montoya says smaller cities likely don't have enough officers to fill the assignments.

It's not just Apple, thieves have also been targeting Lululemon stores around the Bay Area grabbing $100 yoga pants by the armful.

ABC7 News reached out to Apple and Lululemon. Apple said it had no comment. Lululemon told ABC7 News it takes theft seriously and makes sure that its stores have appropriate security. The brand also said it is cooperating with local authorities. 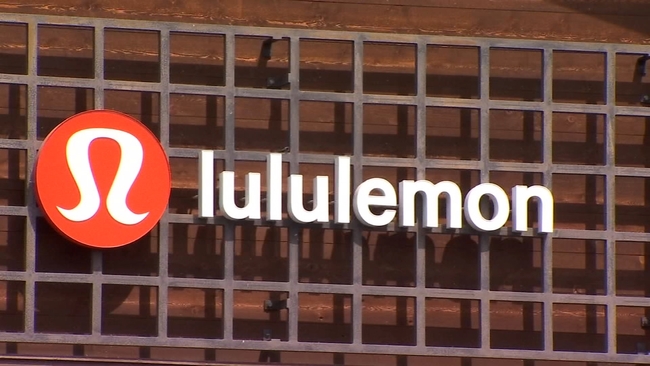