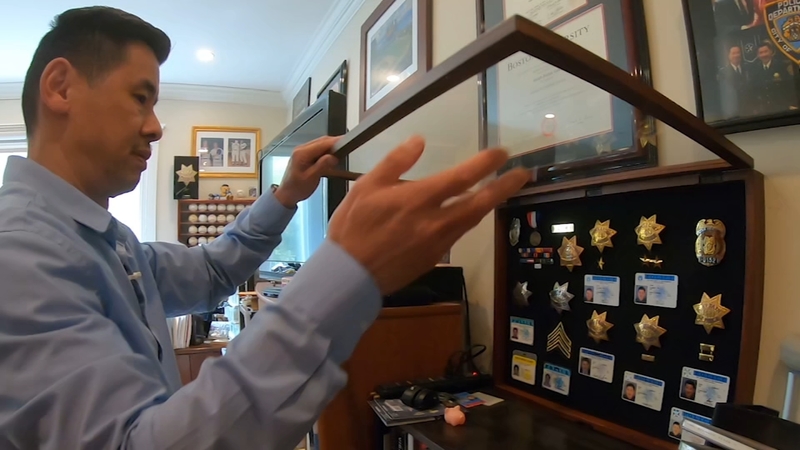 SAN FRANCISCO (KGO) -- Asian police officers are underrepresented in every Bay Area county, according to an ABC7 analysis of U.S. Census Bureau data.

"Not reflective of the population, but we've made great strides," said Garret Tom, a former Deputy Chief with the San Francisco Police Department.

Tom first joined the force 35 years ago in 1982. At that time he was one of 80 Asian police officers, accounting for roughly 5 percent of the force.

"It was very special -- you didn't see very many Asian cops at all," Tom said. "It was an anomaly to see an Asian face in a blue uniform."

From rookie cop to Deputy Chief, Tom saw it all.

"I remember when I was working the gangs in Chinatown in the 90s, I would walk into these restaurants at night 1 o'clock at night. The women who worked in the restaurant would tell me the gangsters would go take their guns go into the bathroom and throw them into the trash can," he said. "By not building trust, you would never get this information."

Have you heard of the bamboo ceiling? It's basically the glass ceiling with a twist. It points to why Asian Americans are the least likely to advance into executive roles.

Tom said there's several reasons Asians are underrepresented in police forces around the country, adding that only 2 percent of law enforcement are Asian.

He said it's crucial these percentages better reflect the population, especially as we're seeing a record number of Asian hate crimes reported in the Bay Area and across the country.

"It's very important because lots of people, especially in the Asian communities, it's very insular, they don't like to report crimes," Tom said.

In San Francisco, recruitment is not what it used to be.

"We have a very focused and strategic process in place in our recruitment unit," Commander Steven Ford, who oversees recruitment within the San Francisco Police Department, said.

But before the pandemic, SFPD's average academy class size would range between 35 to 50 recruits. This year the academy is lucky to have 20.

"It can be challenging, not everyone would be inclined to come into this profession," said Ford. "We are always trying to illicit recruits from all walks of life."

Ford said the department is targeting outreach on college campuses, workshops, and learning seminars to find quality diverse men and women to join the force.

San Francisco, while lacking a proportionate number of Asian police officers, is the most diverse county with 60 percent of officers identifying as non-white, exceeding the county's minority population. Sonoma County is struggling in that area more than any other Bay Area county. The county has the least diverse police force -- only 15 percent of police officers are non-white.