SAN JOSE, Calif. (KGO) -- Neighbors living in East San Jose have expressed outrage after a beloved neighborhood mural that was painted over, without any explanation.

Mural de la Raza was commissioned more than 30 years ago on the side of the building at 2048 Story Road.

Fifteen-and-a-half by nearly 87-feet of wall that was once covered with images of Tenochtitlan and historical titans gone overnight.

Video posted to the 'Proud to be from East San Jose' public Facebook page show the remarkable detail of the historic mural.

"Our entire history was basically on this wall," Jose Valle said. He's a community organizer with Silicon Valley De-Bug, and an East San Jose native.

Valle said without Chicano studies being a mandate in public schools, the mural was one of the only outlets his community had, linking residents to their Chicano roots.

"It definitely got me to open the books and figure out who were those figures that were on this wall," he said.

Valle also pointed to a state law known as the California Preservation Art Act which requires property owners to notify artists before painting over their work. ABC7 News confirms through the master muralist, notification was not given.

The former property owner told our partners at the Mercury News that he signed over ownership on Tuesday.

Mural de la Raza was painted over before the sun came up, Wednesday.

"They hired some painters to paint it in the middle of the night before daylight," Valle said. "They must've felt convicted themselves because all they left was the Virgin Mary."

On Friday, the Virgin Mary was no longer visible.

RELATED: Carlos Santana mural repainted in the Mission after vandalism

"I think it's the first major sign of gentrification, yes," Valle said.

Other neighbors and artists explained the detriment to all who enjoyed Mural de la Raza.

Print Head owner and artist Cole Kakimoto said, "It's kind of like taking that memory away from people who think specifically about that when they think of this street, or this intersection and now it's gone."

Julio Lucatero said he was there when painters were in the process of erasing the mural. He returned and said, "There's nothing to look at now," before taking a long, reflective pause.

Mural de la Raza brought muralist Jose Meza V more than recognition from just the community. The woman who commissioned Jose all those years ago, ended up his bride. That is now, a priceless memory which will surely outlast the coat of paint. #abc7now pic.twitter.com/TAIbCGXxcE

The mural was completed in November 1985. It was a collaboration between several East San Jose figures. An artist named Jose Mesa V., a muralist named Frank Torres, and a local youth group.

ABC7 News connected with Jose Meza V on Friday. He explained the mural brought much more than recognition from the community.

The woman who commissioned Jose all those years ago ended up his bride.

"We have this joke, I'm 'paying with my life when I married you' because I'm still paying for that mural," Juanita Meza Velasquez said. "Because he says, $1,500 didn't go far even then."

Juanita recalled her days watching Jose work, "I saw him sweating out there. Like 15-hour days."

She explained Jose always wanted to add advancements, and scored the mural in roughly a month and a half. She said that was record time for the size of the wall.

Mural de la Raza was completed in November 1985. It was a collaboration between several East San Jose figures. We already mentioned Jose Mesa V. He worked in partnership with a muralist named Frank Torres, and a local youth group. #abc7now pic.twitter.com/TNEUdVrivq

Translated from Spanish, muralist Jose Meza V told ABC7 News, "A mural is a labor, let's say, for the community, by the community."

Neighbors told ABC7, all that the East San Jose community has gained from Mural de la Raza will surely outlast the coat of gray paint. 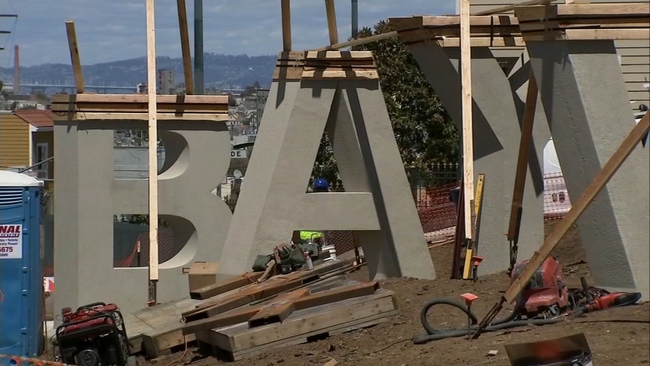 10-foot-tall letters to be installed in the Bayview 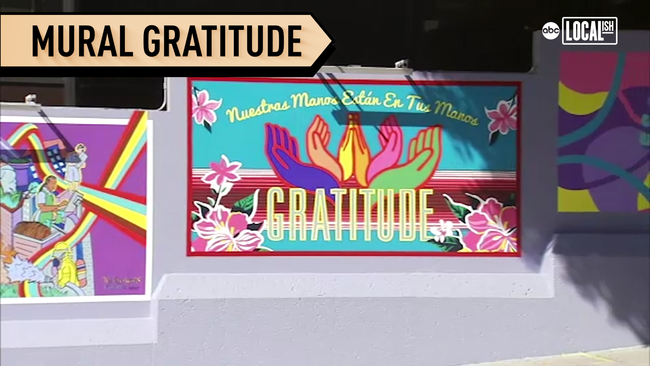