KGO
By by Melanie Woodrow
SOUTH SAN FRANCISCO (KGO) -- South San Francisco police are looking for the driver of a car that struck and killed a woman Saturday night on El Camino Real.

It was just before midnight when a black sedan hit and killed 44-year-old Teresa Gonzales, who had spent the evening listening to a band at a nearby bowling alley.

Scott Fletcher, an employee at Brentwood Bowl, said Gonzales was waiting at the bus stop with another employee, but had decided to take a rideshare instead. "I guess the Uber called her and said he was here, but he was on the other side of the street," Fletcher said. "She crossed the street to get the Uber, and that's when she got hit," he said

Gonzales' daughter, Andrea Gonzales, was vacationing in Hawaii when she learned the devastating news. Her mother, she said, loved her and her sister fiercely. "I want everyone to remember my mom as just the sweet, kind person that she was," said Andrea Gonzales.

South San Francisco police are looking for a black sedan resembling a 1998 to 2000 Toyota or Lexus with front right end and hood damage. Police also say it likely has a shattered front-right headlight and was last seen on the 1100 block of Cherry Avenue in San Bruno, soon after the collision.

Witnesses, police said, described the driver as a Caucasian man in his mid 30s, around 5'8" to 5'10" and 220 pounds, with a pencil-thin mustache and short faded haircut. "The coward, I don't know what else to call somebody that could hit a woman and leave her in the street," said Gonzales' friend, Mike Fry.

Fry's wife, Raquel Duran, has known Gonzalez since high school. They reconnected when Gonzales moved back to South City, just as Duran was fighting breast cancer. Duran trained Gonzales as a nanny for her business. "She stepped into our lives and was saving me and I was saving her," said Duran.

Friends placed flowers and a card outside the Brentwood Bowl.
Fry says he's raising money for a reward. "If it takes greed to motivate somebody's conscience, then that's what it takes," said Fry.

Andrea Gonzales is hopeful the person who hit her mother will be found. "I know in time that justice is going to be served," she said.

The family has set up a GoFundMe page to help with funeral expenses. 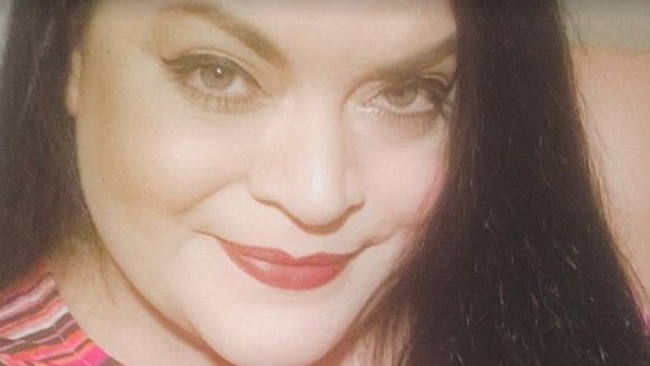