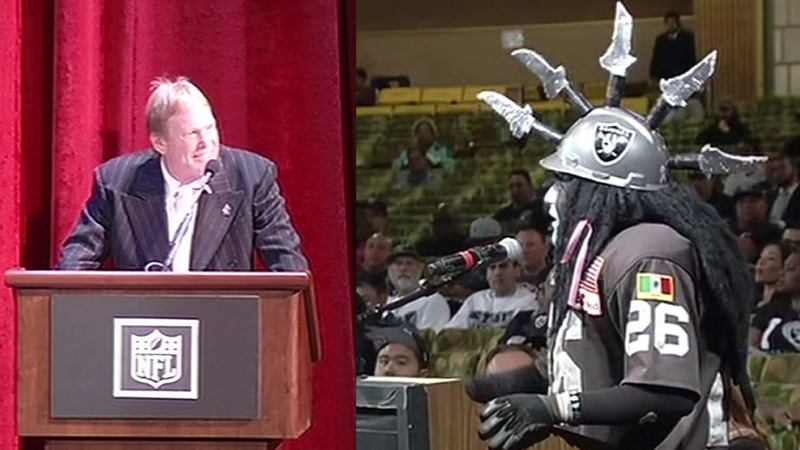 OAKLAND, Calif. (KGO) -- The Raider Nation got a chance Thursday night to make its pitch to the NFL about moving the team to Southern California. About 400 fans attended the passionate town hall meeting in Oakland.

It was supposed to be a chance to speak directly with NFL executives, but things took a turn when Oakland Raiders owner Mark Davis made a surprise visit.

The Raiders organization has made it clear if the city can't come up with a financed proposal, they're gone. This meeting was essentially the two minute warning.

Raider fans showed up to the Paramount Theater early in hopes of trying to convince NFL executives to keep the Raiders in Oakland. They addressed Davis directly and begged him to stay and pointed to their loyalty during losing seasons, even on holidays.

"While a lot of families will be at home in front of their Christmas tree, we will be at the Oakland Coliseum," Raiders fan Julie Morton.

The city of Oakland has been struggling to finance a $900 million project to keep the team in the Bay Area. The city would have to pay for half of it.

The Raiders and San Diego Chargers have other plans waiting on the sidelines. They're teaming up on a proposed $1.7 billion shared stadium that would be built in Carson outside of Los Angeles.

But there's competition for that deal too. The Saint Louis Rams also want to move back to Los Angeles and they're proposing a $1.8 billion stadium there. The NFL will likely choose just one proposal.

At the meeting Davis said, "We need help from the community as well to get something that our fans, the Raider players, and the NFL will be proud of. We don't have that right now."

The NFL executives pointed out the complexities of building a new NFL stadium in Oakland versus suburban Carson.

"It kind of feels like we're just left to hang out to dry. We show up every Sunday," said Raiders fan Michelle Bruno. "We support them. It's kind of like having the rug ripped out from underneath us."

"You left us and then you came back and we remained loyal," said Raiders fan Ray "Dr. Death" Perez. "Now where's your loyalty at?"

Wednesday night, San Diego Chargers fans had their chance to appeal to the NFL. The NFL owners are expected to vote on a team or teams for the L.A. area as early as January. 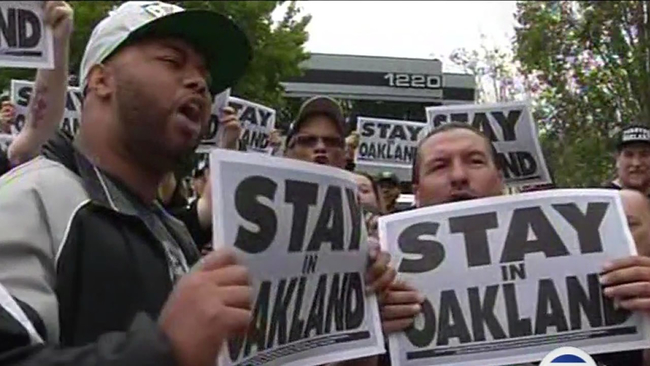