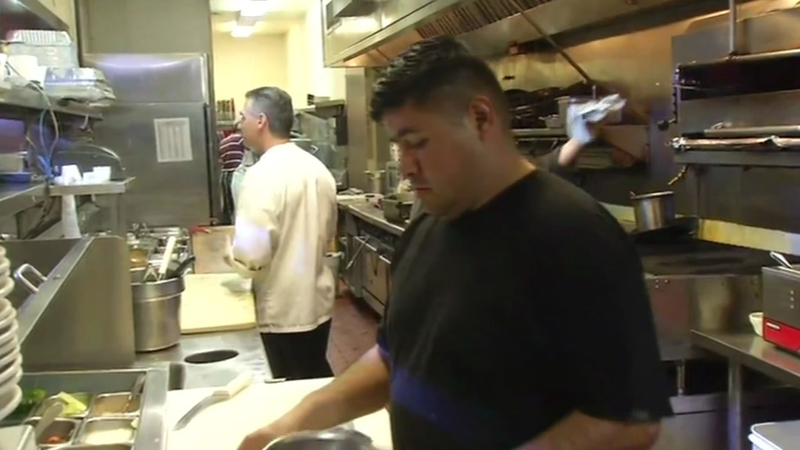 As the largest city in the Bay Area, San Jose recognizes the impact it could make if it joins several neighboring cities by raising the minimum wage to $15 in 2019 - three years ahead of the recently signed state law.

Pablo Narvaez toils for $10 an hour at Mcdonald's and sends money twice a month to Mexico to support his wife Dolores and daughter Cinthia. The prospect of earning $15 an hour gives him hope.

He said the higher wage will help him pay rent, support his daughter's education and pay for food. He also said it will impact all workers.

San Jose's city council is pouring over a 45-page study on the impact of going from $10.30 to $15. The study indicates 49 percent of minimum wage earners are Latino. It would give them a $3,000 raise or $345 million collectively. Restaurants would bear a 10 percent increase in labor costs, while retailers would see a 2 percent increase. "We think the study shows that the benefits of doing that are very widespread and the downside is very, very small," South Bay Labor Council Executive Ofc. Ben Field said.

While there seems to be widespread community support for a $15 minimum wage, some business owners disagree.

When Santa Clara raised its minimum wage this year from $9 to $11, the owner of By the Bucket said he took a hit of over $75,000. Non-tipped workers already above minimum wage, demanded a raise like tipped employees. "I don't think it's fair for tipped employees to make the same amount of money as a non-tipped employee. Now you're not making $40, $45 to $50, you're in the $60 to $70 an hour when it comes to tips," Bucket Bar & Grill owner Jim Furious said.

The restaurant laid off six employees. San Jose is projecting 1,000 jobs will be lost, but almost that many will be created in nearby cities from spending of higher pay.