Police say the suspect left the 2-year-old strapped in the car seat. He was without food, water, or comfort for 13 hours.
KGO
By Dustin Dorsey 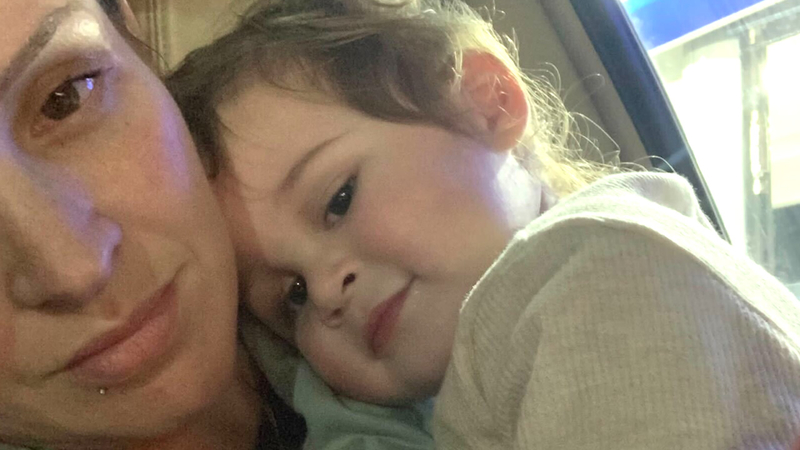 PALO ALTO, Calif. (KGO) -- Melissa Jardine spent Sunday agonizing over the thought that she may never see her 2-year-old again after he was stolen along with her car in the South Bay. Thankfully, her son was found safe and the suspect arrested.

A traumatic experience makes you appreciate things a bit more than you did before. For Jardine, she is thankful she still has her son to love on after he was abducted by a stranger who stole Jardine's car in front of a Travel Inn motel in Sunnyvale.

"I'm always grateful for him," she said. "But of course, yeah, waking up in the morning, I'm hugging him a little tighter. I'm a little more attached to him."

As a single mother, Jardine says she often runs errands late at night or early in the morning when there are fewer people out, for COVID-19 safety.

On July 15, 1976, twenty six Chowchilla school children escaped from a moving truck buried 6 feet underground. A day before that they had been kidnapped at gunpoint. ABC7 News was there when the kids came home.

She was unloading groceries from her car around 4 a.m. as a Jacob slept in his car seat. She thought the car seat was a better choice than the hotel room.

But in moments, the car was stolen and Jacob was gone.

"I was coming back to get my son and I heard her peel out," Jardine said.

Sunnyvale police say the investigation revealed San Jose resident Tammy Huynh Luong stole the car and took off on the wrong side of the road.

Luong made her first court appearance Wednesday. Police say she told them she became aware of Jacob in the backseat when he began to cry as she drove away, after being kicked out of a motel room.

Police says she drove for about an hour and then parked four miles away. Police add she eventually left the baby in the backseat to fend for himself for 13 hours, strapped in his car seat with no food, no water, and no one to change his diaper or comfort him.

"I could only imagine what he was sitting there thinking, like I wasn't coming," Jardine said. "For the first time in his life, he actually doubted if I was coming or not because I'm always right there."

Luong Tammy Huynh, the woman charged in a child abduction case in Sunnyvale, made a court appearance.

As police searched for her son, Jardine says she couldn't help but feel like she let her late husband down. He died when Jacob was just a few months old.

Thankfully, police found Jacob and mother and son were reunited at the hospital that evening. The 2-year-old is physically well, though Jardine says he's been more clingy this week.

"I didn't put him down for at least two hours. I was just loving smelling his hair," Jardine said.

She hopes other parents can learn from this scary situation.

"You might have thought you were doing the right thing by leaving your child sleeping while you unloaded a few things, but there are really crazy people like that who just wander out of their hotel room and steal your car," Jardine said. "And whatever you love and cherish the most in your car goes right along with them. I had no idea that that could happen to us."