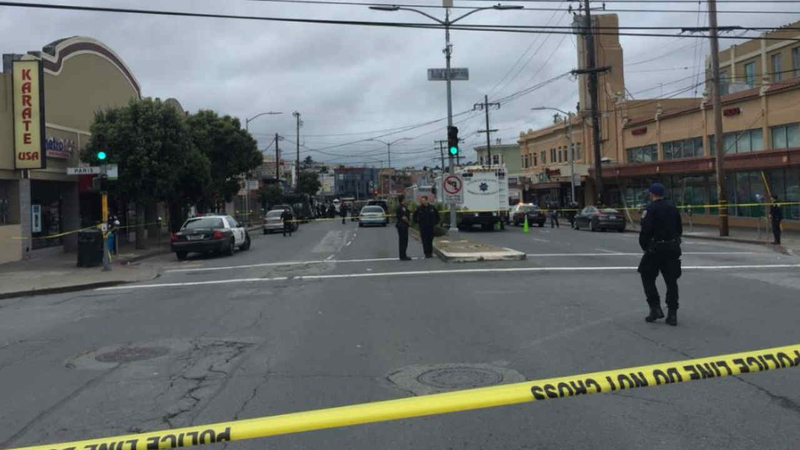 SAN FRANCISCO (KGO) -- The suspect in an officer-involved shooting on Wednesday in San Francisco's Crocker-Amazon neighborhood has died.

Wednesday afternoon, police responded to report of man with gun on the 200 block of Amazon Avenue. A bystander said the suspect was in a barber shop and police went in and saw the suspect sitting on a bench inside. Sources say the suspect opened fire first and an officer was hit; four others were injured in the exchange of gunfire.

Police say an officer and five other people, including the suspect, were shot in a San Francisco barber shop on Wednesday. Videos from witness shows the injured cop crawling away from the scene while other officers respond to the scene.

The suspect in the incident has been identified as 21-year-old Suisun City resident Jehad Eid. He was transported to the hospital where he was pronounced dead last night.

Witnesses say they heard over a dozen shots, then saw the injured officer crawling after apparently being hit by gunfire.

The officer who was struck is in fair condition. Doctors were removing the bullet from his leg this morning. The officer has been on the force for two years.

SFPD will hold a town hall meeting about the shooting within ten days.