A husband is dead and his wife is in the hospital after their trip to San Francisco turned tragic.

SAN FRANCISCO (KGO) -- A man is dead and his wife is in the hospital after their trip to San Francisco turned tragic. On Sunday around 2 p.m., police say the driver of a Tesla ran a red light on Taylor St. at O'Farrell St., in the Tenderloin and then plowed into the couple.

Larsen: "About how fast do you think she (the Tesla driver) was going?"

Harrell: "Based on the damage, of the impact of the vehicle, I'm estimating 45 plus."

Harrell: "Twenty-five to 30 miles per hour." 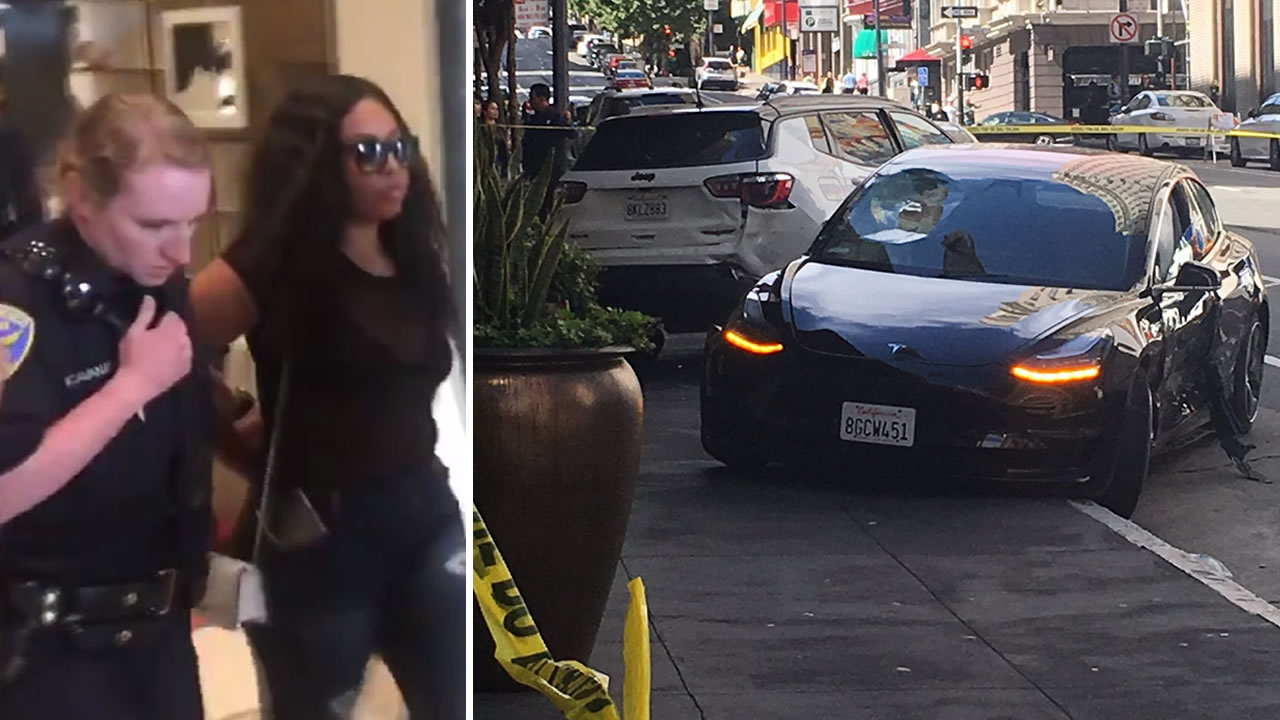