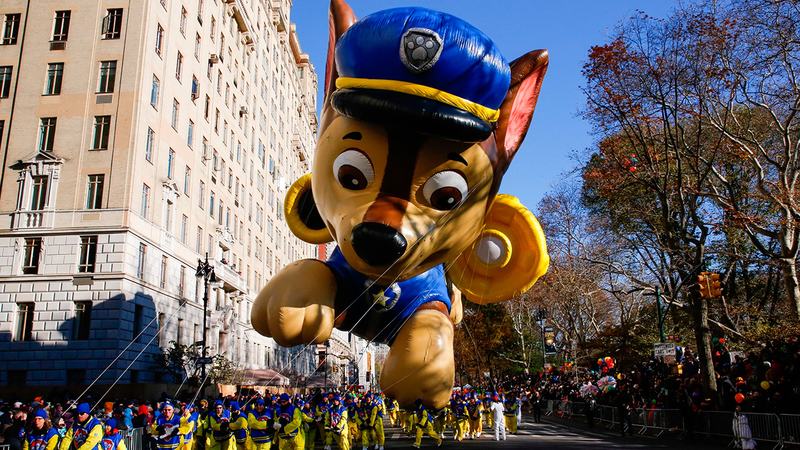 UPPER WEST SIDE, Manhattan -- Giant balloons floated through the streets of Manhattan after they were cleared to fly in the 92nd edition of the iconic holiday event. Millions lined the streets to watch the giant balloons, floats, marching bands from around the country, whimsical performance groups, music's biggest stars and the one-and-only Santa Claus.

Kemberly Richardson has the latest on the parade.

"Parade's a go, the winds are cooperating, so all the balloons are going to be at their regular heights. It will be a great day for everyone," Police Commissioner James O'Neill said.


Since November of 1924, the Macy's Parade has become synonymous with the start of the holiday season.
For the 92nd edition, the line-up featured 16 giant character balloons; 43 novelty balloons, heritage balloons, balloonicles, balloonheads and trycaloons; 26 floats; 1,200 cheerleaders and dancers; more than 1,000 clowns; and 12 marching bands.

Michelle Charlesworth and her kids have the story from the Thanksgiving Day Parade balloon inflation event.

More than 3.5 million spectators lined the streets to witness the event with millions more who watched on television and streaming devices.
EMBED More News Videos

Josh Einiger reports on the final preparations for the Macy's Thanksgiving Day parade.

We saw a preview of those new floats earlier this month.

The Parade's signature balloons have featured some of the world's most beloved characters. Joining the giant character balloon line-up this year was the famed Saiyan warrior Goku from "Dragon Ball Super: Broly."


RELATED: Perfect place to watch the parade in luxury (2017 video)