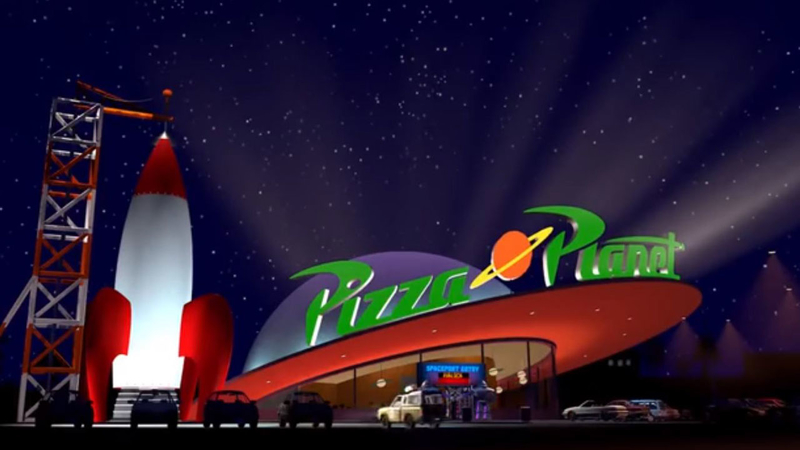 ANAHEIM, Calif. -- "Toy Story" fans will get the chance to visit their favorite aliens at the real-life Pizza Planet!

Redd Rockett's Pizza Port will be transform into Alien Pizza Planet - "A Better Place" for the first-ever "Pixar Fest" on April 13 at the Disneyland Resort.

The menu will feature pies that are "out of this world," including a hearty cheeseburger pizza topped with ketchup, yellow mustard, pizza sauce, cheese, caramelized onions, diced tomatoes, slider patties, a house-made burger sauce, and pickles on a sesame seed crust.

The "Toy Story" invasion is just one of the many transformations coming to Disneyland for the festival, which runs until September 3.

RELATED:Several businesses to close to make way for new hotel in Downtown Disney