Geoffrey the Giraffe is ready to rumble in latest gig 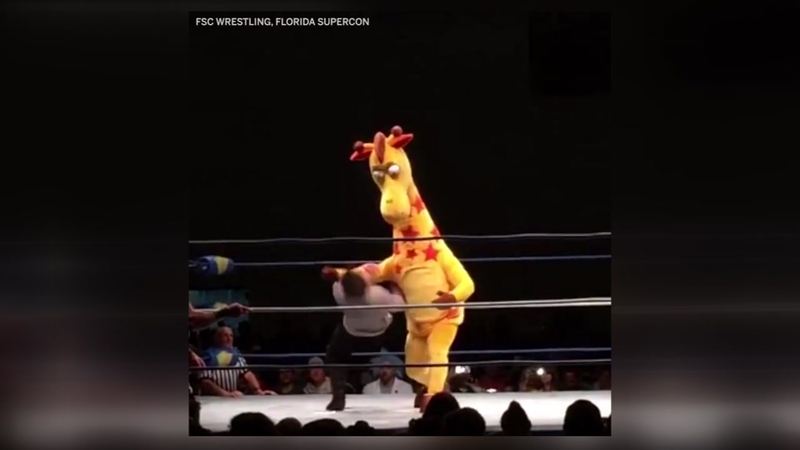 FORT LAUDERDALE, Florida -- It didn't take long for the former face of Toys "R" Us to bounce back on his feet, or should we say, on his hooves.

After losing his gig at the toy store giant, Geoffrey the Giraffe appears to have found another calling. Wrestling!

We got video of the tall giant inside the wrestling ring at Florida Supercon, complete with a clothesline move and a choke slam. Sadly, he gets eliminated when he is knocked out by a wrestler using an Amazon Prime box!

This isn't Geoffrey's first gig since his former employer shut its doors for good in June.

Before rumbling in the ring, Geoffrey was doing something much more mild. Bringing smiles to kids' faces at a children's hospital in New Brunswick, New Jersey.

Geoffrey was also offered a job as an ambassador for giraffe conservation at the San Antonio Zoo, but it appears he declined that offer.