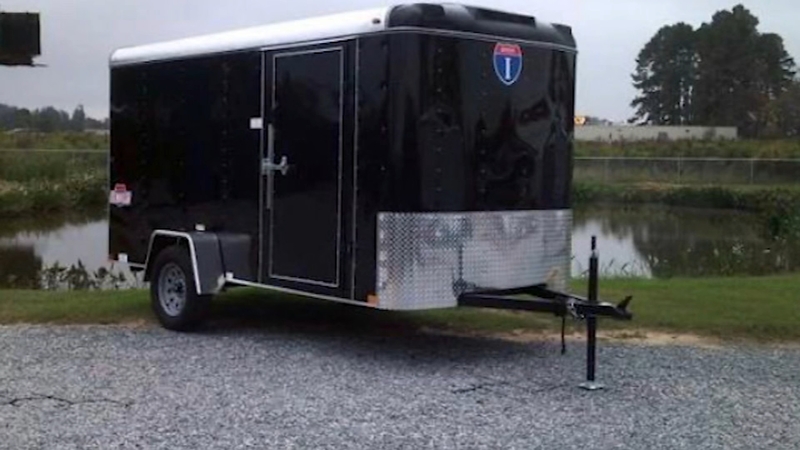 FRESNO, Calif. -- The Wenn family has been hit with one setback after another.

It all started earlier this week when the CZU Lighting Complex wildfire forced them to evacuate their Santa Cruz County home.

"We just decided to take what was most precious to us, which is mostly family photos, videos and a few expensive items," Karl Wenn said.

The family of four packed up their most precious belongings into a black trailer and headed to Visalia, where Karl's parents live.

He parked his trailer in the driveway without giving it a second thought. Saturday morning, it was gone.

"The heartbreak is mostly the kid's old school work or art," says Avira Wenn. "Just the stuff we have held onto for a very long time."

The theft happened near County Center Street and Taylor Avenue a little after 10 a.m. Saturday.

A neighbor's security camera captured a white truck with a black trailer zooming by.

RELATED: What we know about LNU, CZU, SCU complex fires in Santa Cruz, Napa, Sonoma, San Mateo counties and beyond

Later, Visalia Police released an image of what they believe is the thief's vehicle, which is a lifted white four-door truck with a trailer attached to it.

"I honestly didn't feel really worried that someone would take it," Karl said. "It had a lock on it."

Karl and his family are now making a plea. They don't care about the trailer itself but want the valuable items inside.

The irreplaceable family pictures and videos.

"If whoever did it has a heart, they could just drop it somewhere," Karl said. "Somehow provide the stuff."

Visalia police are currently working on leads and are asking the public for help. Wenn says his trailer can be identified by the Trailerplus.com sticker on the back right corner.