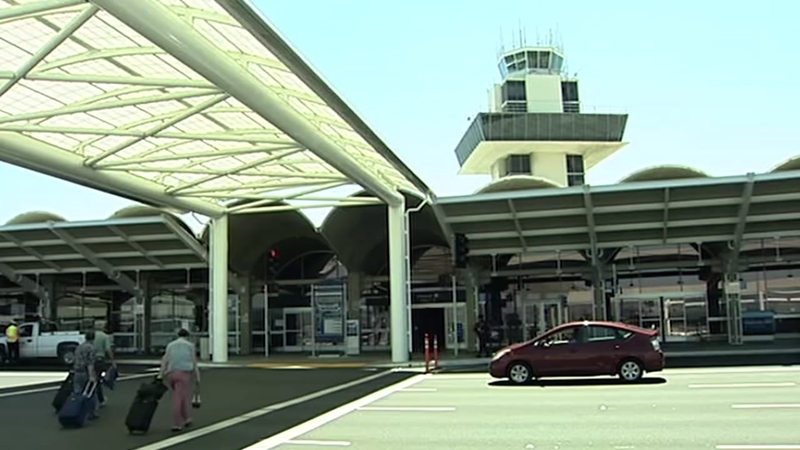 SARATOGA, Calif. (KGO) -- Spring is here and summer vacation plans are well underway for some. For those of you who may have to book a connecting flight, here's a word of caution.

How much time would you allow to catch a connecting flight between the time one plane lands and the other departs? As a Saratoga man found out, even three hours might not be enough.

Michael Odenheimer fondly recalls the trip he took to Southeast Asia with his wife Sandra to celebrate her new doctoral degree. "People were wonderful. It's really cheap to get around. Easy to get around. It's a lot of fun," said Michael.

The Odenheimers flew from San Francisco to Vietnam on Eva Air. Their trip also took them to Cambodia and Thailand. "These are incredible places where if I wore this kind of shirt it would be over dressing," he said.

Everything turned out incredible until he tried to get home.

He had bought a separate airline ticket with Bangkok Airways to get into Bangkok and catch Eva Air back to San Francisco.

Eva Air moved up its return trip by two hours. Suddenly the three hours he had allotted to switch planes turned into one hour.

"We were trying to figure out how we would go from domestic airline terminal to the international terminal, get our bags in an hour. It just wasn't feasible," said Michael.

The ticket he booked from Northern Thailand to get into Bangkok on Bangkok Airways was non-refundable.

Michael ended up booking a second flight to get into Bangkok earlier so he could catch his flight home. "So we paid for two flights and only took one of them," he said.

Edward Hasbrouck is a world traveler and travel blogger. His home is filled with memorabilia from his many trips. He suggests whenever possible, book all travel within the same airline family.

"When people buy tickets separately, especially from separate airlines, but even on same airline, if you buy ticket separately, neither one is going to guarantee that connection no matter what it is," said Hasbrouck. "So you need to make sure you have enough time."

How much time is enough time? He says six hours to eight hours.

"Six to eight hours?" said a disbelieving 7 On Your Side producer.

"If I'm going to buy tickets separately for flights that I know are subject to schedule changes, yes." Hasbrouck insisted.

Many people might find such a long layover a bit much.

The other option is to read the fine print by searching the airline's name and contract of carriage. This document is the contract between the airline and its passengers.

The contract stated "EVA may change any schedule of a flight without any prior notice and shall not be responsible for any trouble in respect of connection of the Passenger."

"You should take it as an indication that you should be allowing a generous time," warned Hasbrouck.

When Michael returned home, he called both Expedia and Eva Air requesting a refund for the unused portion of the ticket.

Both refused. That's when he contacted 7 On Your Side and we contacted Expedia.

Expedia refunded the money for the unused ticket.

The company told us, "Our agents were in touch with Mr. Odenheimer throughout the process, and he expressed satisfaction with the resolution."

"You made a gigantic difference. Without 7 On Your Side, we would have been out the money," said Michael.

An eight hour layover is likely too long for many. The biggest takeaway here, is do your best to book with the same airline or partner airline and you'll increase the odds of catching that connecting flight.