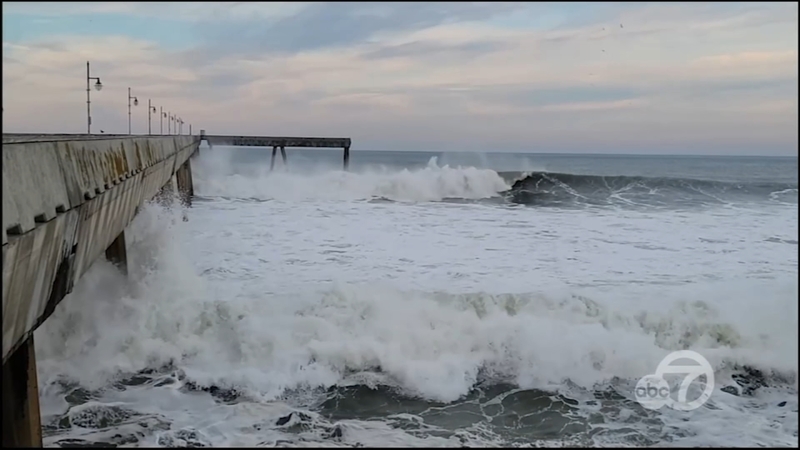 SAN FRANCISCO (KGO) -- An undersea volcano erupted in near the Pacific nation of Tonga, sending tsunami waves crashing across the shore and people rushing to higher ground. More than 5,300 miles away, the Bay Area saw its impact.

RELATED: What to do if there's a tsunami watch or warning

From the North Bay to Santa Cruz and everywhere in between, residents and spectators along the coastline witnessed a significant surge in waves as a result of the South Pacific volcanic eruption.

In the North Bay, the waves left some residents running for safety after the water poured into one waterfront community, ripping the boat dock off a building.

San Francisco beaches were closed as a precaution, with firefighters and U.S. Coast Guard patrolling the shoreline.

The Santa Cruz coast had some of the biggest water levels and flooding scare. "At first I didn't see anything," said Santa Cruz resident Edward Martinez, who was monitoring the levels. "We got near the water and that is where you could really see it. The flume went away, but the water kept going up and up."

The Santa Cruz Beach Boardwalk was shut down for the day and a surfing competition at the city's legendary Steamer Lane was on hold.

USGS volcanologist says the power of this eruption was incredible, so much that the loud booms were heard nearly 6,000 miles away in Alaska.