The City of Santa Rosa is still waiting for $50 million in federal relief, three years after the Tubbs Fire displaced countless residents from their homes.
KGO 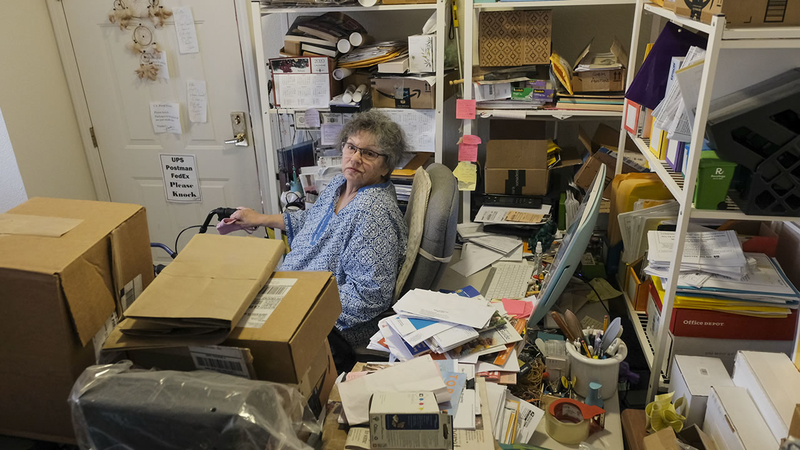 SANTA ROSA, Calif. (KGO) -- Three years after the Tubbs Fire, Journey's End in Santa Rosa isn't even a shadow of what it used to be.

It's more like a cleared-over blank slate with bare dirt and, if you can see through the locked gate, residual signs of that destructive burn.

"This was wall-to-wall mobile homes," said Larry Florin as we strolled the empty streets.

He is the CEO of the Burbank Housing non-profit, which has plans to build affordable apartments on the site.

"We expected construction to be well under way, by now," he said.

So, after three years, what has happened to delay the project? Why is the gate still locked and the lot still vacant?

The short answer is money.

Burbank Housing has been waiting for $50 million in federal relief, funneled through the state. It has been slow to come.

A Santa Rosa family, who lost their home in the Tubbs fire, is now worried their contractor will never finish rebuilding their house-- and they're not the only ones.

"In our opinion, three years was a long time," said David Gouin, who runs housing for Santa Rosa. Both he and Florin describe difficulties in getting the money from FEMA.

"What got in the way?" we asked Florin.

"What was unique for Santa Rosa is it was a wildfire that burned a city," added Gouin.

No category existed for that disaster.

For example, "They denied a tree was destroyed if you couldn't see the ball of the root. That definition came from dealing with floods, not fires."

As for the human cost of those delays, look no further than Linda Adrian, who lost her 1,000 square-foot mobile home in the fire.

"I can barely turn around here," she said while showing us around a subsidized apartment so small that she has piled belongings as high as she can reach.

Linda is on the list for that new housing at Journey's End. She is 80-years-old and may never live to see it.

There is some good news. Santa Rosa is likely to approve the Journey's End project by next week.