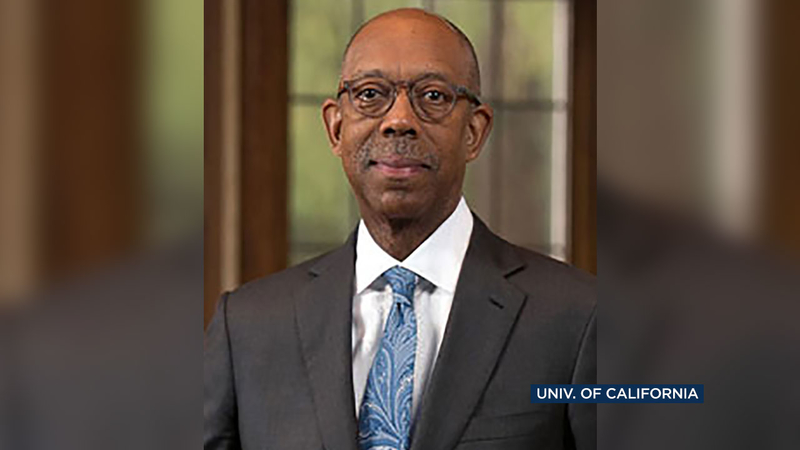 The new University of California president, Michael V. Drake, is sharing his vision for the system during a discussion with the UC board chair John Pérez on Friday. Drake is the first person of color to lead the system.