The investigation was launched following allegations the officers bent the corners of their badges to commemorate shooting people.
KGO
By Melanie Woodrow 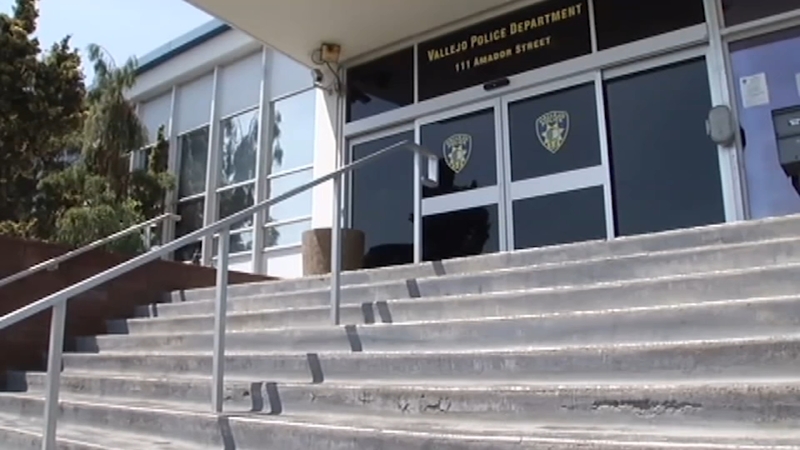 VALLEJO, Calif. (KGO) -- The findings of an independent third-party investigation into police misconduct are not being released publicly, even though the Vallejo Police Department (VPD) officers being investigated want it to be.

The investigation was launched following allegations Vallejo police officers bent the corners of their badges to commemorate shooting people.

It's been more than a year and a half since Vallejo Police Chief Shawny Williams launched the independent third-party police misconduct investigation.

The chief said the department received statements from two different sources within VPD that officers were bending down the corners of their badges following a shooting.

"The officers had to confront a lethal force incident and it was a way of acknowledging that," said Rains.

"These officers were celebrating in a gang-like ritualistic fashion the murder and death of Black and Brown people in the City of Vallejo, and that is criminal conduct," said Pointer.

The investigation looked into what Chief Williams called "very troubling and disturbing allegations," but the findings to this day have not been released.

Melanie asked the City of Vallejo and Vallejo Police Department about the investigation.

A city spokesperson said the investigation was completed in September, more than four months ago.

When Melanie asked if the chief would update the public on the investigation's status, a police spokesperson said in part, "... the Office of the Chief proposed we hold a press conference and prepared draft statements for the City Attorney's Office review and response long ago to update the public on the status of the investigation upon its completion. It has been and will remain our practice to be open and transparent regarding matters of public interest to the extent that the law allows."

Melanie asked the city attorney's office about the hold up.

The Assistant City Attorney wrote, "As attorneys representing the City and its departments, we are unable to share information regarding the legal advice provided to any of our clients as such communications are subject to the attorney-client privilege."

"Is it to gain some sort of advantage as it relates to litigation or is it to keep the public from knowing the dastardly deeds of the officers that are sworn to protect it?" questioned Pointer.

"It's either incompetence or it's bureaucratic paralysis," said Rains.

Both Rains and Pointer want the findings released, but for different reasons. Rains says the officers deserve to have their names cleared, while Pointer says the public has a right to know and draw their own conclusions.

"You only hide things, you only bury things, you only sit on things if you're afraid of the conclusions that people will draw from the information that you're trying to hide," said Pointer.

Rains says not even the officers who were investigated know.

"They don't know the findings of the investigation either?" Melanie asked.

"If they think that this issue is going to go away by burying their head in the sand like an ostrich they're wrong," said Pointer.