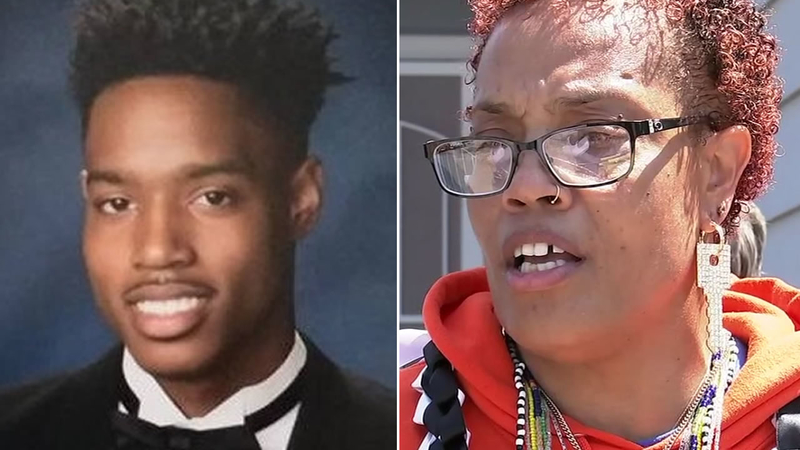 ANTIOCH, Calif. (KGO) -- The mother of a teen who died over the weekend said the suspected DUI crash in Walnut Creek came down to five friends making a bad decision.

Five kids lives were changed forever. There are photos and flowers here just off Highway 24 for two teens who died, three seriously injured in an accident that happened as they drove back to Antioch after partying in San Francisco.

Two Antioch residents killed in a suspected DUI crash off of state Highway 24 in Walnut Creek early Sunday morning have been identified by the Contra Costa County Sheriff's Office.

The mother of a 17-year-old who died is grieving as she offers forgiveness. "I send love peace and hope for the parents to get through this. I have no ill feelings or anger toward the driver. I forgive her," said Kimberlea Oloruntoba, the mother of 17-year-old Dakarai Fagorala.

Oloruntoba is devastated to lose her son one week before his 18th birthday. "He was my best friend. We called him Dakarai boy. He loved basketball. He loved to eat. He loved God," she said.

Mom says she forgives the driver in crash that killed her 17 yr old son on Hwy 24/680#abc7news pic.twitter.com/W0hNUpTuKP

She said he excelled at school, volunteered at his church and was set to go to Los Medanos College in Pittsburg this fall.

He wasn't drinking, he says, but he ventured into San Francisco Saturday night with four other friends, recent graduates of Deer Valley High School in Antioch.

"It just so happens the one day he didn't ask, him and John, they both didn't ask to go. That he was stuck at a party and wanted to leave? He was stuck in San Francisco, which is way too far, so when they were driving back, I don't know how they flew over," Oloruntoba said.

Seventeen-year-old Dakarai and 18-year-old John Walizada died at the scene of the crash at 4:10 a.m. Sunday. The Honda Civic, driven by 18-year-old Ramaya Ramey, careened off the side of Highway 24 on the ramp to 680 North and landed below.

The driver and two other teenage girls are still hospitalized with serious injuries.

The driver could face felony manslaughter and multiple felony DUI charges. There are grief counselors at Deer Valley High School.

A celebration of Dakarai's life is set for sunset on Sunday, what would have been his birthday.

A GoFundMe page has been created for the family of Dakarai Fagorala to help cover funeral expenses.