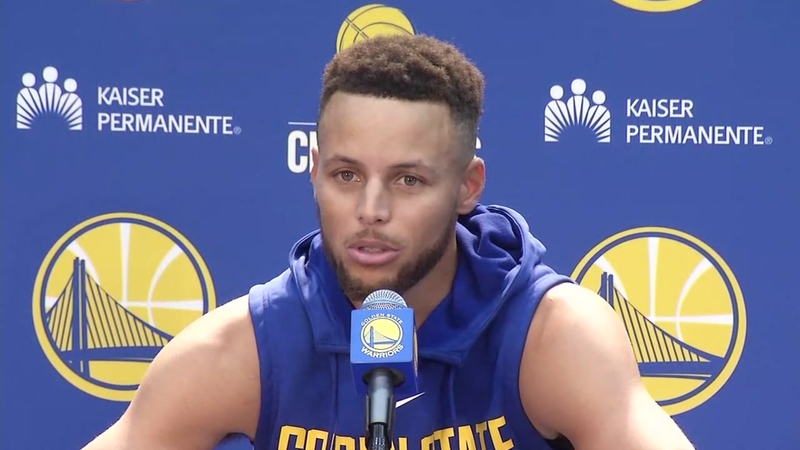 OAKLAND, Calif. (KGO) -- After winning a second NBA Championship in three seasons, the Golden State Warriors are considering making another strong statement off the basketball court.

Traditionally, the champs are invited to the White House as guests of the President, but the Warriors could decline such an invite. Stephen Curry is a two-time league MVP, the face of the franchise, and he didn't shy away from taking a stand at Warriors Media Day.

"I don't want to go, that's really it," Curry said. "Our President has, the things that he's said and the things that he hasn't said in the right times, that we won't stand for it. And by acting and not going, hopefully that will inspire some change when it comes to what we tolerate in this country and what is accepted and what we turn a blind eye to."

VIDEO: VIDEO: Find out what Warriors stars had to say on Media Day

Curry's opinion certainly carries a lot of weight. Kevin Durant, the reigning NBA Finals MVP, has also expressed that he doesn't want to make the trip. But the Warriors' two biggest stars recognize that it needs to be a team decision. Even the most vocal player on the team, Draymond Green, wants to make sure the group has a unified voice.

For the first time since the victory parade in Oakland, the entire Warriors roster was at the same place at the same time for media day. Now re-united, the reigning champs will get together and choose whether or not to make a political statement.

"I don't know what we are going to do, but I think what we are going to focus on in the near term is the process we employ to make that decision," Warriors general manager Bob Myers said. "We've had discussions with the White House. No decisions have been reached on our side."

Click here for more stories and video about the Golden State Warriors.