Kerr out, Durant questionable as Warriors set to face Trail Blazers in Game 3 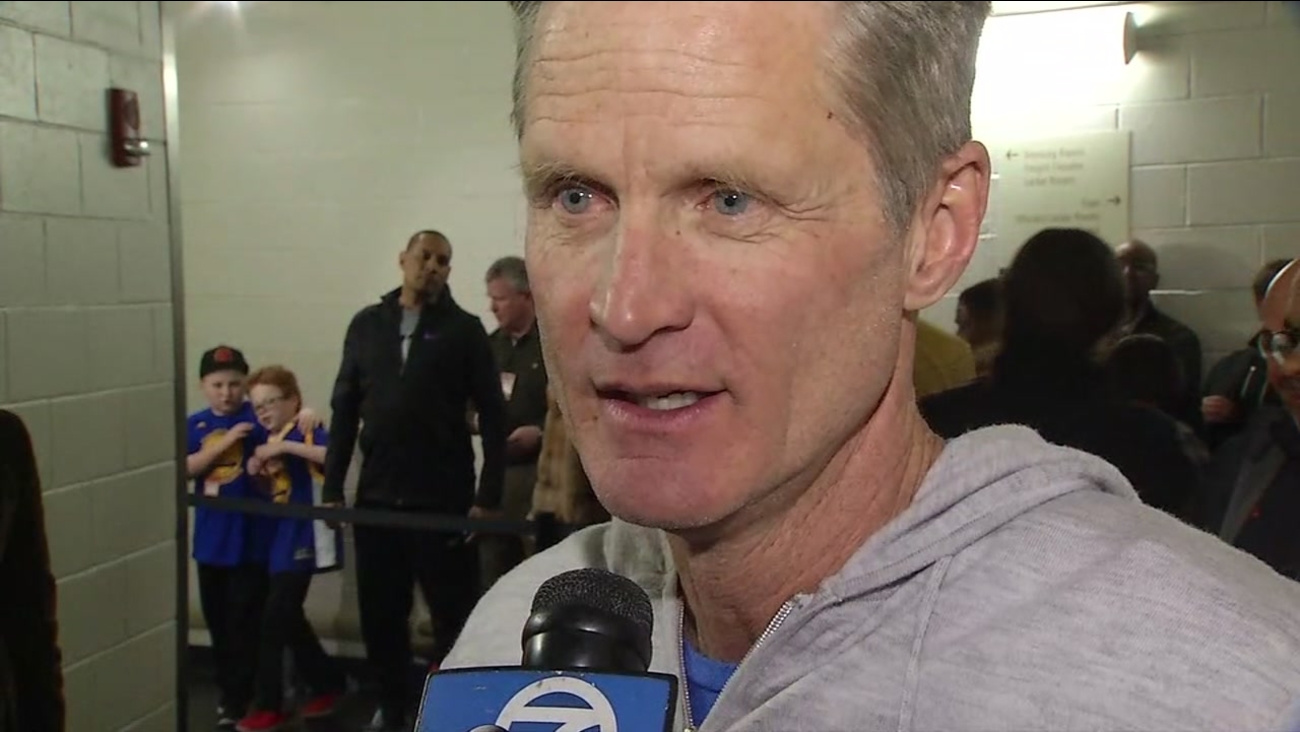 UPDATE: Steve Kerr will not coach Game 3 at Portland tonight due to illness. Mike Brown will serve as acting head coach tonight.

The reigning NBA Coach of the Year missed the morning shootaround, and the team announced about three hours before the game against the Portland Trail Blazers that Kerr would not be on the sidelines. Top assistant Mike Brown was acting head coach in Kerr's place.


The Warriors went into the game with a 2-0 advantage over the Blazers in the first-round series.

The Warriors practiced in Oakland on Friday before flying to Portland, and Kerr clearly wasn't feeling well then.

The 51-year-old still experiences lingering symptoms from complications following two back surgeries after the franchise's run to the 2015 championship. He missed the first 43 games last season dealing with symptoms such as headaches, nausea and an aching neck.

Despite his prolonged absence, the Warriors went 73-9 last season and played in the NBA championship game. Kerr was named Coach of the Year.