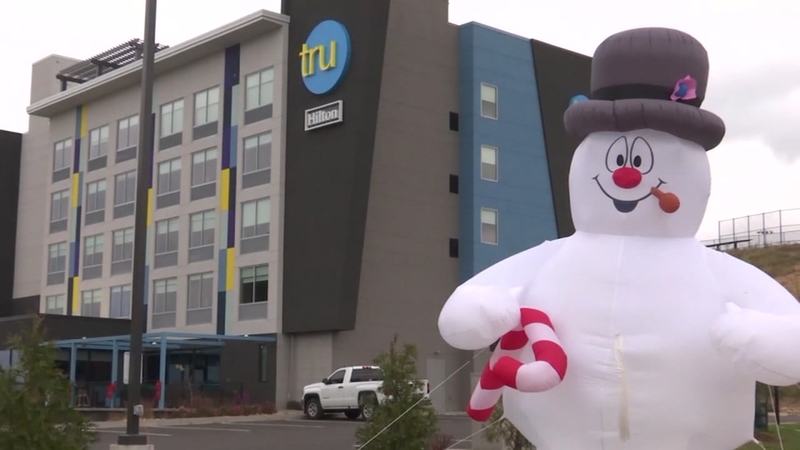 PIGEON FORGE, Tenn. -- A hotel in Tennesse is trying to figure out what Scrooge stabbed Frosty the Snowman.

Officials with the Tru Hotel by Hilton in Pigeon Forge, Tennessee, said someone ran up to their inflatable Frosty the Snowman early Friday morning and slashed it across the stomach, deflating the snowy favorite.

The whole cold-hearted attack was caught on surveillance video.

"They came out and approached, running up to him, and then just stabbed him. No reason," hotel general manager Melissa Keith told WATE. "Frosty did nothing to them."

But Frosty didn't stay injured for long. The winter icon is once again standing tall, with his famous grin and pipe -- and now, a new battle scar.

"It's vandalism and it's their property," Pigeon Forge Police Chief Richard Catlett said. "Somebody had to pay for it, so we take that serious."

Hotel management decided to take the incident and turn it into something positive.

They set up a GoFundMe in Frosty's honor. All donations will be given to Mountain Hope Good Shepherd Clinic.
Report a correction or typo
Related topics:
tennesseecrimeholidayvandalismchristmasu.s. & worldstabbingsurveillance video
More Videos
From CNN Newsource affiliates
TOP STORIES